Video of this song from youtube
Average Rating : 4.21
Total Vote(s) : 124
Please rate this song between 1 star and 5 stars (5 stars being the best). Just move your mouse on the stars above and click as per your rating. Your rating will really help us to improve our website. 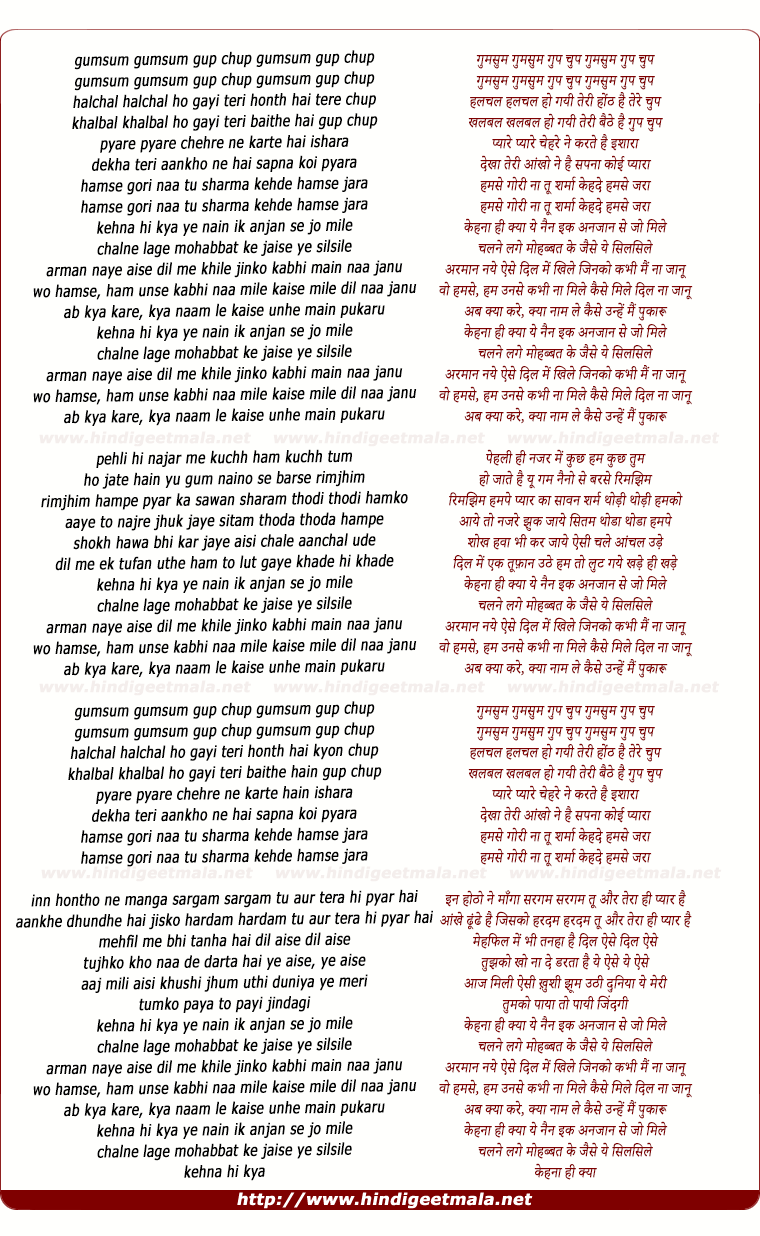 Comments on song "Kahna Hi Kya Ye Nain Ek Anjaan Se Jo Mile"
sabbirsa on Monday, March 26, 2012
Ranbirs performance in Rockstar is absolutely brilliant. And whats admirable about him is that, he is fairly new in the industry but he truly has that acting talent. Even from his very first performance in Saawariya, after watching that I said this guy is going to go places. Ranbir was simply brilliant. When you have a director like Imtiaz Ali, even when you r a decent actor you will flourish in his film. Ranbir however is a superior actor. he sunk his teeth and came out with flying colours.
sabbirsa on Sunday, March 25, 2012
Salman was simply horrendous in both films. When it comes to performance, salmans performance was nothing compared to Ranbir in Rockstar. Ranbir was absolutely brilliant in a an author backed, performance driven role. Salmans films were entertainers but when it came to performance it lost by a landslide. I am very happy about the decision. Same goes for SRk in Ra One and Don 2. There is one and only one film where I thought salman was simply powerful and thats Tere Naam.
sabbirsa on Monday, March 26, 2012
BTW am not a ranbir kapoor fan. Again salmans role in Saajan and Maine Pyar Kiya was one dimensional (hunky, bad, lover boy with charming attitude... if one describes it... lol) same goes for Jab Pyar Kisi Se Hota Hain, and the film he did with Kajol. Now in tere naam he left me speechless. Thats one film where he should have one every single award of that night. No doubt whatsoever.
sabbirsa on Friday, March 23, 2012
Filmfare has also made some great decisions when it came to giving out awards. For example, instead of giving Aish for Jodha Akbar, filmfare surprised everybody by giving it to Priyanka Chopra for fashion. a very well deserved. You do have to under stand that the last 4 awards (actor, actress, director and film) are chosen by public. And public opinion is about popularity.
sabbirsa on Sunday, March 25, 2012
and BTW both Critics award Best Actor/actress and Best Actor/Actress holds the same credibility. Ranbir won both Critics and Best Actor. I have seen rockstar and his character in the film is multi-dimensional while Salmans characters are one-dimensional (action and only action and nothing else) its quality over quantity (BO Collections) very good decision by FF
View all 260 comments related to song Kahna Hi Kya Ye Nain Ek Anjaan Se Jo Mile
Popular Links on HindiGeetMala