Video of this song from youtube
Average Rating : 4.26
Total Vote(s) : 50
Please rate this song between 1 star and 5 stars (5 stars being the best). Just move your mouse on the stars above and click as per your rating. Your rating will really help us to improve our website. 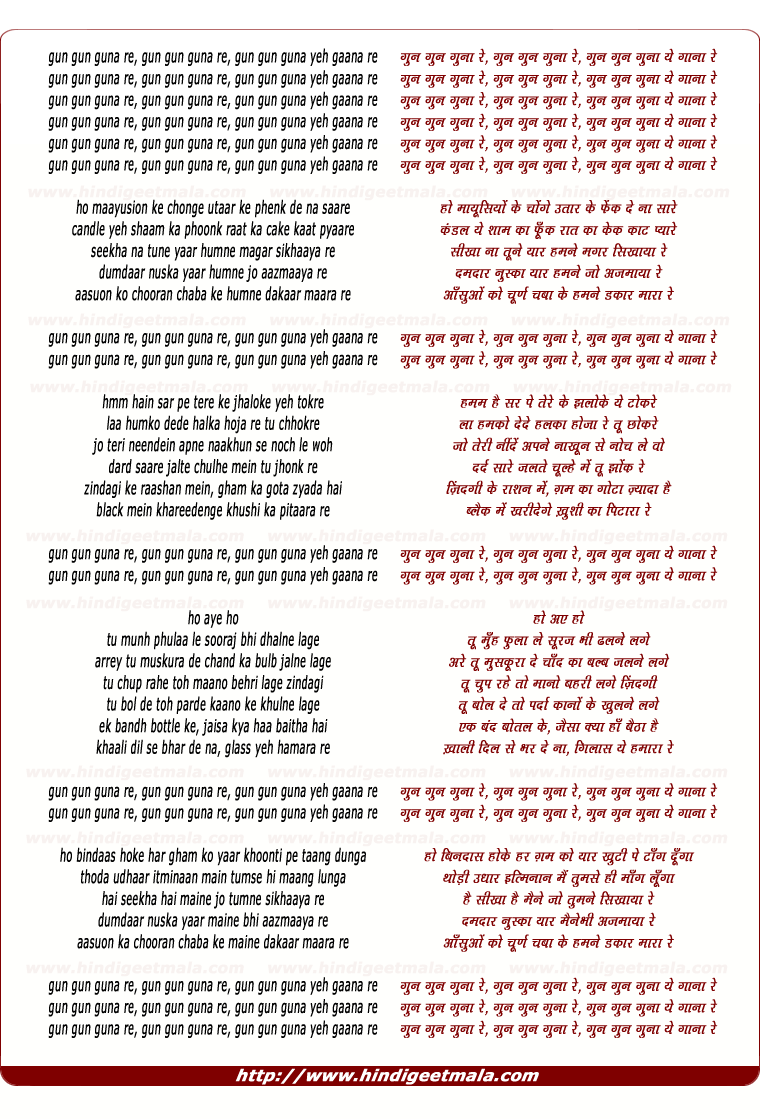 remove and throw away all the robes of of disappointment,
blow away the candle of evening and and cut the cake of night,
you didn't learn but we taught you,
as we tried this strong recipe
we chewed the chooran (digestive powder) and burped..

the baskets of problems that are there on your head,
give them to us, you become light-headed o boy,
all those pains that pinch away your sleep with their nails,
push them into a burning stove..
in the ration of life, the quota of sadness is more
we'll buy in black the box of joy..

I'll be carefree and hang every sorrow on a spike,
a little patience I'd borrow from you only..
I have learnt what you have taught me,
as I too have tried this strong recipe
we chewed the chooran and burped..﻿

MisterAhmad on Friday, June 06, 2014
so glad to hear udit narayans voice after all these years. i mean where the
hell was he? i remember it was udit, kumar sanu, sonu nigam, alga yagnik
now theyre not singing that much these days. now its all different kinds of
singers for movies. i like them but i miss the old playback singers of the
90s and 2000s﻿

OllyMursBiggestnumbe on Monday, April 23, 2012
Hahaa like if u agree if it reminds yu of khushi nd arnav :) plus I <3 THIS
SONG!! thumbs up if u agree :P

sabbirsa on Sunday, June 03, 2012
Just look at her flawless expressions. PC you have done it again. Simply beautiful and best.
Danny Ribeiro on Wednesday, August 05, 2015
It's so funny the indians women's faces when they're dancing. I like very
much.﻿