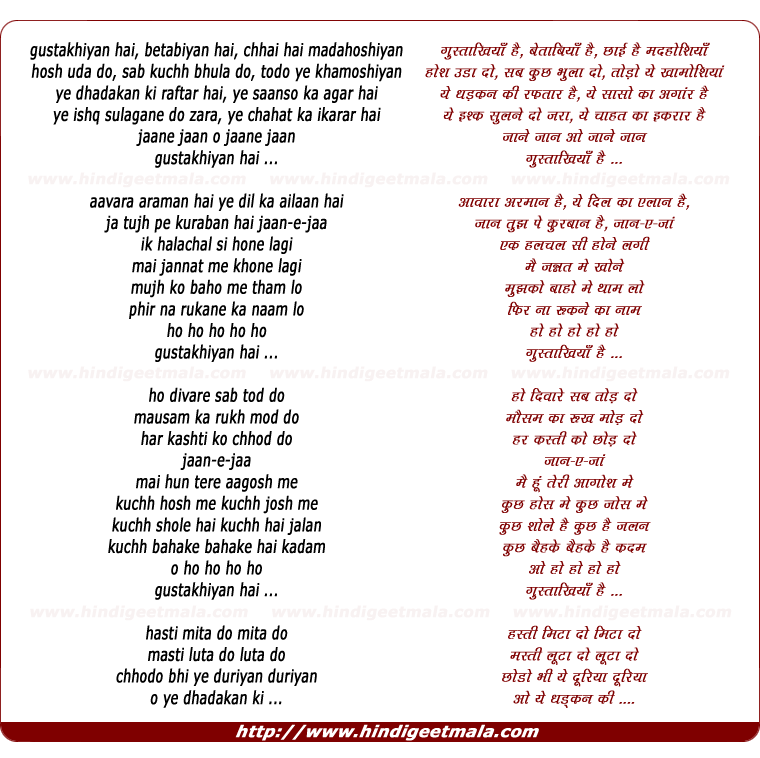 Comments on song "Gustakhiya Hai Betabiya Hai Chhai Hai Madahoshiya"
MrRohanMalik on Friday, August 21, 2009
Best song ever and I love the movie I find it Sad when Paresh Rawal tells
about his childhood when he lost his mother like it was his b-day and he
went with his mom too get the cake but he got lost, and then he kept
waiting for his mom to come, Pick him up and take him home, but she
didin't. So sad!!!

Humayra Faizah on Saturday, October 18, 2014
This movie dint receive any award because its a thought-provoking
movie...such good movies are not appreciated in bollywood whatsoever﻿

SuperAkki1 on Monday, November 21, 2011
@svetk14 I AM WAITING TOO! OMG, this is a sequel worth watching. I mean I
love comedy sequels, but when are the suspense thriller sequels gonna come
back?