Video of this song from youtube
Average Rating : 4.37
Total Vote(s) : 19
Please rate this song between 1 star and 5 stars (5 stars being the best). Just move your mouse on the stars above and click as per your rating. Your rating will really help us to improve our website. 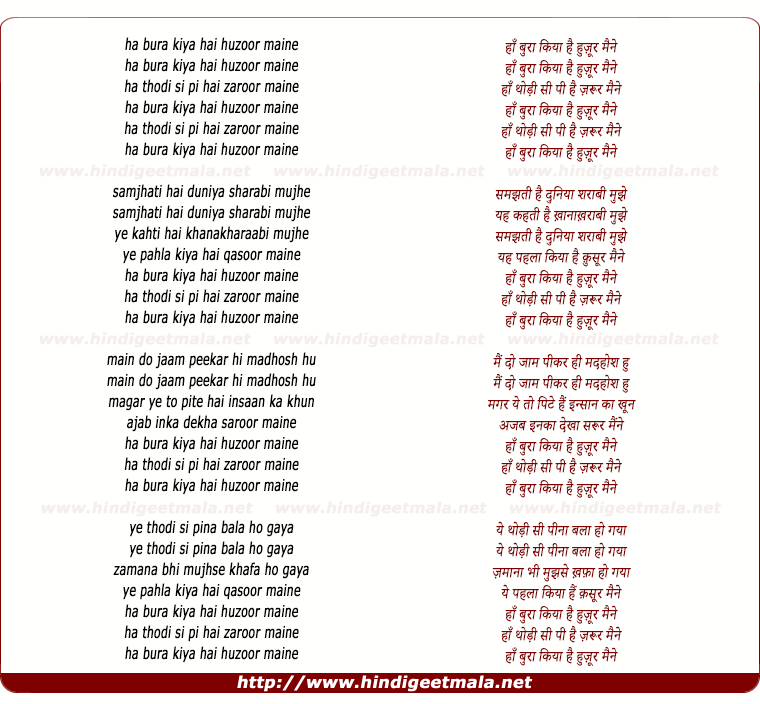 Comments on song "Ha Bura Kiya Hai Huzoor Maine"
Rmehtacpa on Monday, August 19, 2013
Haan GUNAH kiya hai huzoor maine...The record version is "Kya Burna kiya
hai huzoor maine." In those days often disc version were recorded
separately from the original sound track hence the diff in wordings were
not incidental but as suitable to the respective versions records had to be
made more popular and more precise.

Jagjit Singh Ishar on Sunday, August 25, 2013
Balraj Sahni in a different role, a drunkard very well performed by him.
Wonderful KGAG composition & the voice of Mukesh.

Srinivasan Channiga on Thursday, September 26, 2013
Dear Ajayji thanku very much for posting this wonderful song in the
original format.