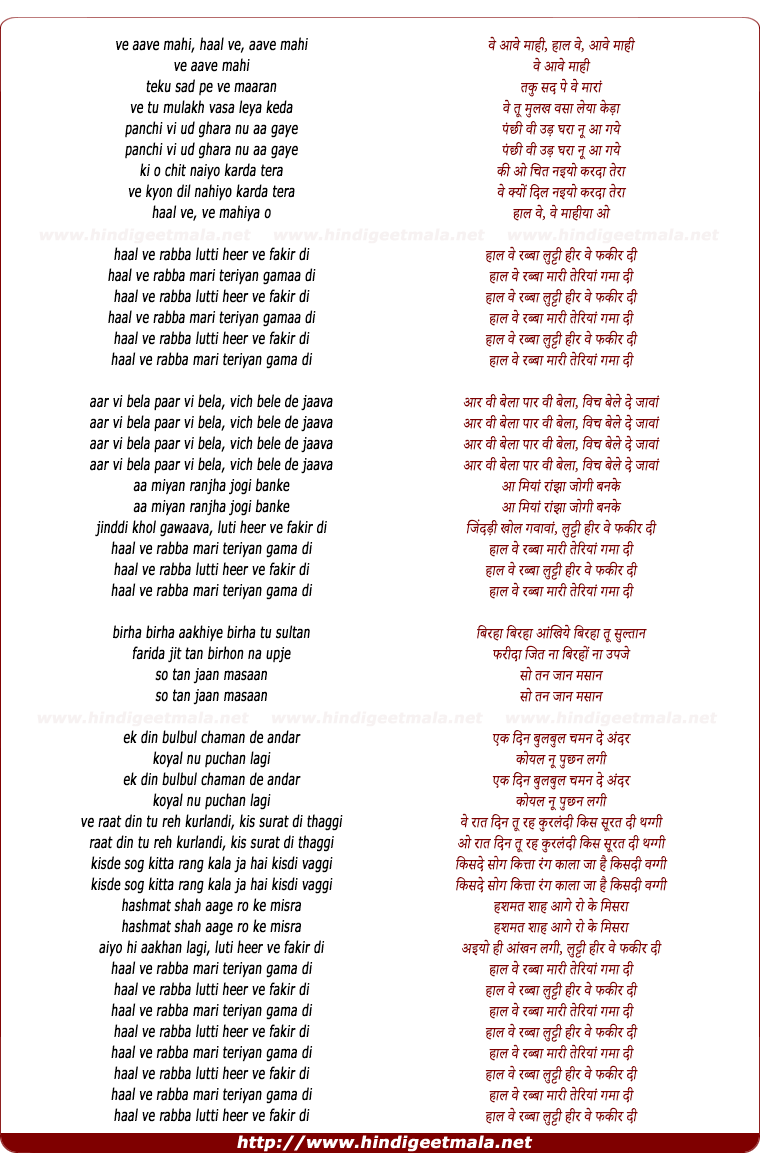 Comments on song "Haal Ve Rabba"
sarinda on Friday, October 04, 2013
I like this song but its lost its rustic folk punch. HRH & Shruti hit the
mark but why, why are we missing the dhol?! Coke downplays the dhol. Its
off putting. This song however, is among the better compositions. Hitesh
retained the soul of this song and let HRH carry the song but had he used
some folk instruments along it would have been sweet. The same band in all
the Coke compositions is starting to sound boring. There should've been
tumbi and dhol to add the punch.

Iftekhar BHUIYAN on Saturday, December 05, 2015
It was a soul touching performance by Mr. Hans. I neither do speak nor do
understand the language of this song but the rhythm and emotion on it was
pretty understandable. I think music itself has its own language & that's
universally understandable. Peace.﻿

Amit Khosla on Thursday, September 26, 2013
I am sorry bhai, but urdu khahan hai is mian..Hans raj si singing in
Punjabi and Shruti in Khadi(devnagari) boli...respect to all the languages
and specially to all from my country (all three are my countries languages,
Punjabi, Urdu and Devnagri)

Kapil Dev on Friday, October 04, 2013
it was all good song but in the end it looks like HItesh took off Hans Raj
Hans from the song which making it weak... i thnik coke studio is all about
giving freedon to the voices and instruments and in the end you did
opposite to that.

Guriqbal Chouhan on Monday, December 09, 2013
I grew up listening to Hans Raj Hans and his voice and style just keeps
getting better and better. Though its funny that every time he pauses, I
expect to hear "Ni tu nuchlai, ni tu nachlai hara ni tu nachlai" :p﻿