Video of this song from youtube
Average Rating : 3.98
Total Vote(s) : 46
Please rate this song between 1 star and 5 stars (5 stars being the best). Just move your mouse on the stars above and click as per your rating. Your rating will really help us to improve our website. 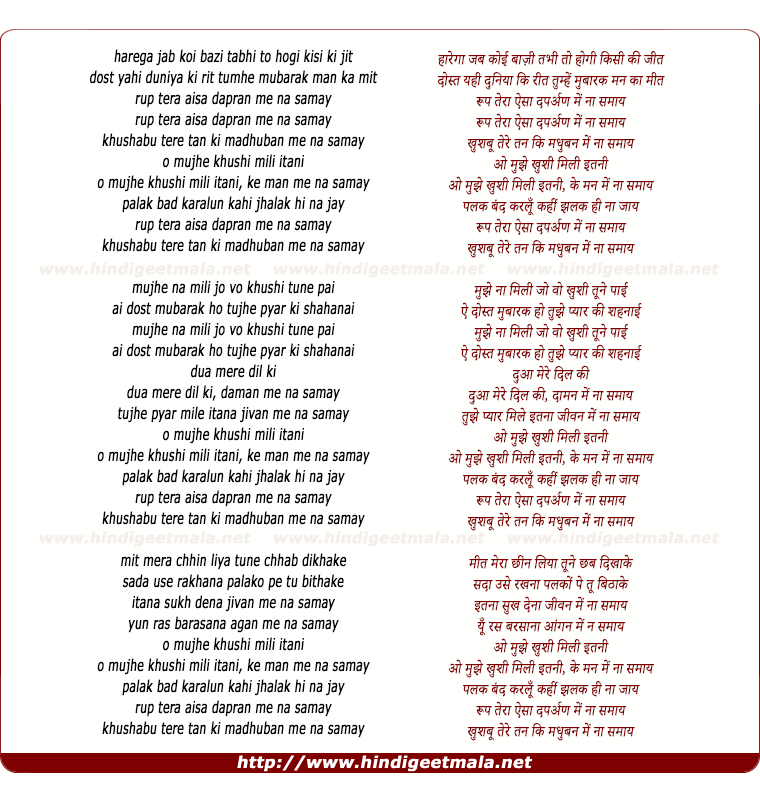 Lakshmi G on Thursday, July 18, 2013
Perhaps as an Indian I don't know whom to idolize, because I'm not in a
habit of idolizing actors. I like to watch few, that's about it. The guy
was the lead actor for the film, his relative directed it and another
relative came in cameo. So No injustice for those that idolize this guy. I
doubt if he got any other opportunity after this movie in Hindi, though

ashwinvd on Friday, February 19, 2010
Certainly not bad actors. The actor here expresses very cogently with his eyes the conflict between self pain and happiness for friend. A lovely video indeed
Ajay Kumar on Monday, August 30, 2010
Deb Mukherjee was my favourite during my young days. Don't know why he
did'nt make more movies. I know producers came to him with bag full of
offers.