Average Rating : 4.58
Total Vote(s) : 12
Please rate this song between 1 star and 5 stars (5 stars being the best). Just move your mouse on the stars above and click as per your rating. Your rating will really help us to improve our website.

Comments on song "Hai Yeh Wohi Aasman (Female)"
Kanu Mody on Friday, July 01, 2011
THANKS A LOT. YOU ARE A VERY GREAT INDIVIDUAL AND A PERSON . VERY OBLIGING
. GOD BLESS . TO HAVE A COLLECTION OF SHISHAM & MASHUQA SONGS IS
UNDOUBTEDLY A HUGH BLESSING FROM THE HEAVENS . ALL THE SONGS FROM THESE
FILMS CREATED BY THE GREAT ROSHAN ARE NO DOUBT GIFT FROM GOD. YES, GIFT
FROM ABOVE.

Sholay48 on Thursday, December 03, 2015
My goodness. Asha has sang this song superbly. This style of songs were
normally given to Lata at that time. She has done justice to it and has
sang it equally good as Talat.﻿

Pashambay Baloch on Friday, July 01, 2011
This is reply of Asha to Talat and in no means inferior to Talat version.
Gone with the wind that in old days such two version songs were part of
films. Thanx 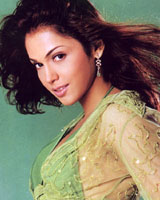