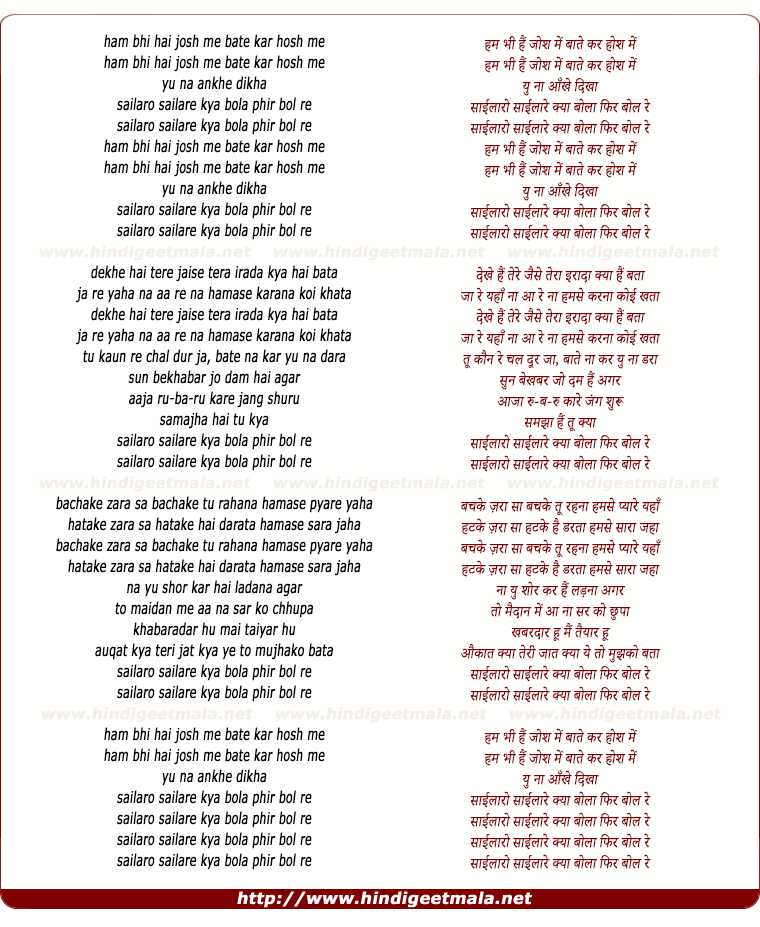 Comments on song "Ham Bhi Hai Josh Me, Saailaaro Saailaare"
shineyemraan on Friday, September 03, 2010
the film is a remake of WEST SIDE STORY
btw in goa they shot the film in a place called Panaji and called it vasco

Mohd Afif Roslan on Monday, October 18, 2010
Malaysia also have the gangsterism movie...where it have 3 plot.1st is
Druglord and his gf who try to escape from drug world...and his dispatch
who always take many illegal commision.2nd plot is where stall hawker who
invest in rich fast scheme where he being cheat and he is in trouble to pay
loan shark money..3rd plot is illegal sports car race where it shown the
brat could do anything like steal his mum cash to modified his car.

jason fernando on Wednesday, February 06, 2013
ohh yeah baby my childhood is awesomeeee that because i used wear cloths
like srk and fight with those fellows in my school even i had such a
friends like that in my gang like 7 including me 8 :D wht a days babyyyyy

RJ does it matter on Monday, October 06, 2014
@MssKarikhan he copied the exact style of the Riff from the Movie by West
Side Story the whole movie is plagiarized﻿