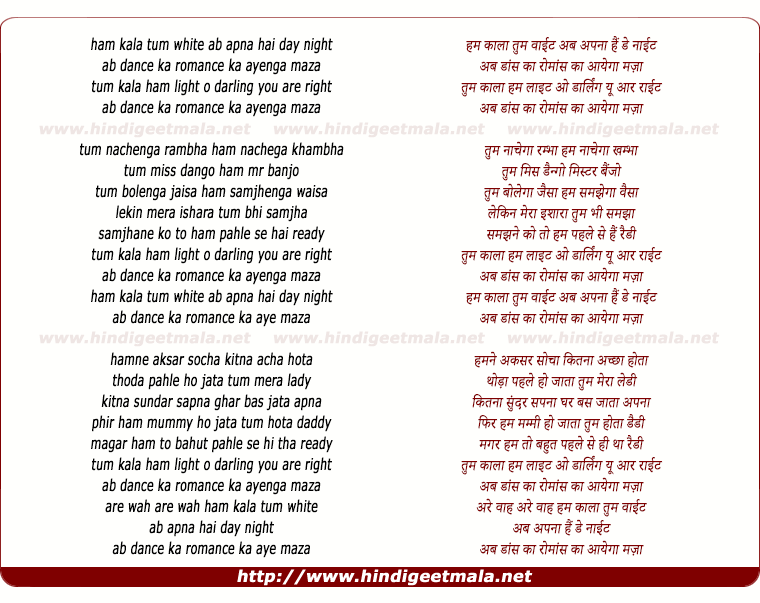 asim306 on Wednesday, January 14, 2009
Looks Nice at start- wao
i saw you 63 years ago when you were dancing on air-but i wasnt know your face that time- hahaha-

desilyrics on Wednesday, January 14, 2009
i know, britney wanted to sing it but rafi got it instead, i do keep up
with world affairs you know...thoom nachenga ramba , ham nachenga samba?

Zed Axis on Monday, February 01, 2010
Never heard it before. Thanks for sharing... I'll never be missing a
single "Hmm" of Mohammed Rafi

desilyrics on Wednesday, January 14, 2009
na dost, its so funny rafi using english words, i love it. i can see myself
doing the twist to this