Average Rating : 3.91
Total Vote(s) : 246
Please rate this song between 1 star and 5 stars (5 stars being the best). Just move your mouse on the stars above and click as per your rating. Your rating will really help us to improve our website. 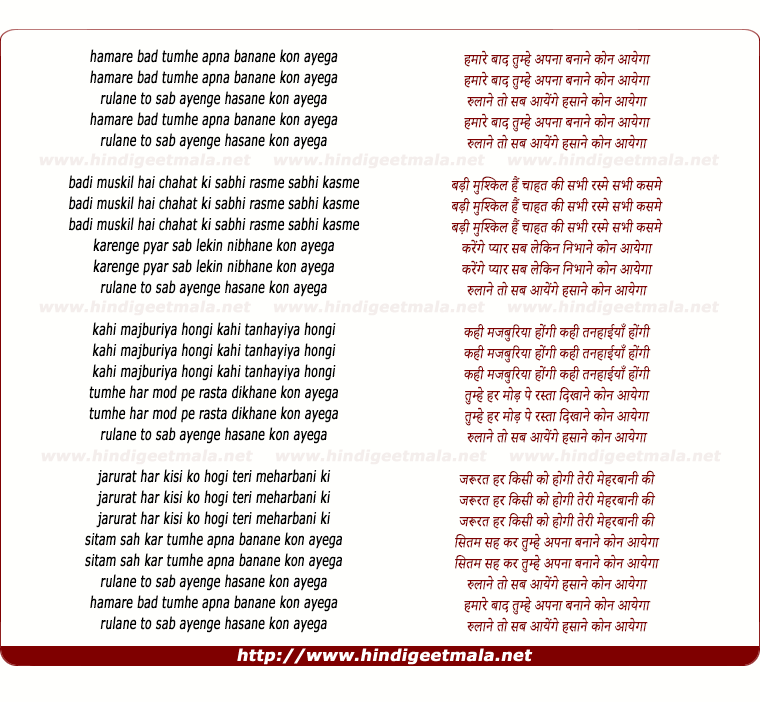 Amaan Siddiqui on Sunday, February 10, 2013
Shabbir kumar was a good singer, infact he was the only choice after Md.
Rafi 's death. R.D. Burman and Laxmikanth pyarelal was searching for singer
in place of Md. Rafi, and shabbir was selected. After the death of Md. rafi
all the songs of rafi sung by shabbir kumar

bashez1 on Monday, July 27, 2015
Shabbir Kumar is a very good singer but not no competition for Udit
Narayan.
The voice says it itself. ﻿