Average Rating : 3.94
Total Vote(s) : 49
Please rate this song between 1 star and 5 stars (5 stars being the best). Just move your mouse on the stars above and click as per your rating. Your rating will really help us to improve our website. 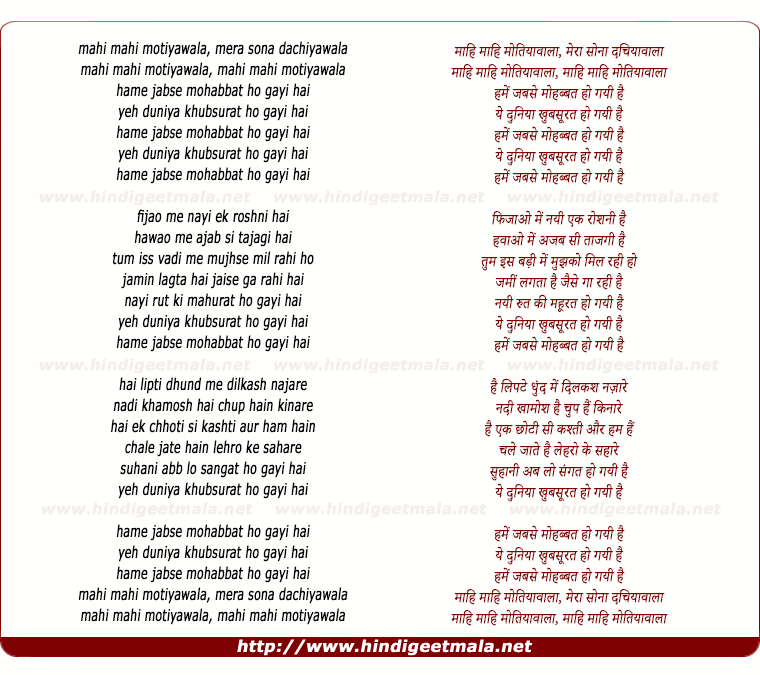 Comments on song "Hame Jabse Mohabbat Ho Gayee"
911ness on Saturday, December 06, 2008
ya, his singing style & voice was reminiscent of mohd. rafi sahib but he discovered his own voice soon after..also, this song has a simple nature and it's so unlike the songs he sings these days. I'm sure he could sound just like that if he was given the right composition but those days are gone. as for his voice, listen to his rafi resurrected concert. what makes him utterly amazing is how he can portray his voice on such a wide spectrum-contemporary, sufi, classical..anything. sonu rocks!
Javed Shah Afridi on Tuesday, November 10, 2009
What a beautiful song. Alka and Soun at their best wonderful lyrics of
Javed Akhtar and Mind blowing composition of Anu Malik. I
justttttttttttttttttttttt loveeeeeeeeeeeeeeeeeeeeeeeeeeee this song.

manishkalra79 on Sunday, November 04, 2007
are u nuts ...this is the most beautiful song of this film , apart from
Sandase ...go and get a mental scan done...nice punjabi song ..