Average Rating : 4.00
Total Vote(s) : 53
Please rate this song between 1 star and 5 stars (5 stars being the best). Just move your mouse on the stars above and click as per your rating. Your rating will really help us to improve our website. 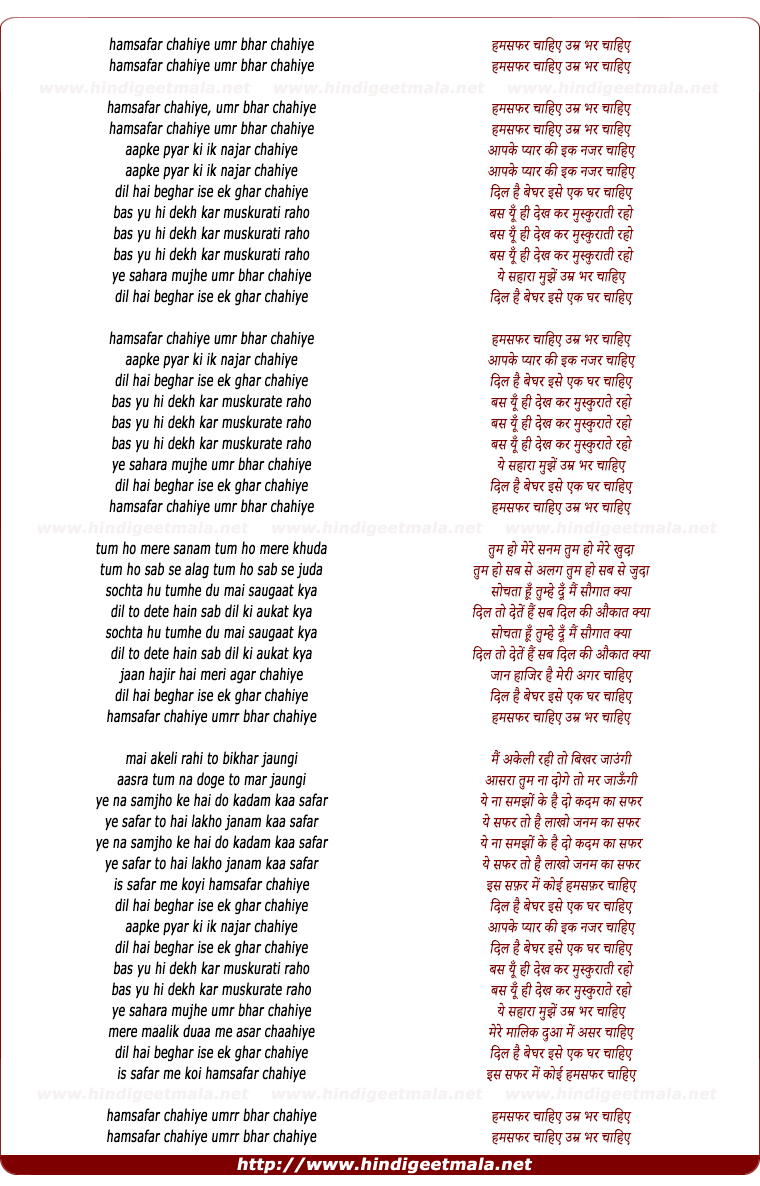 Comments on song "Hamsafar Chahiye Umr Bhar Chahiye"
wahaby2k on Sunday, January 01, 2012
@352shan . You have a right to your opinion, but just remember, racism is
wrong regardless. As a matter of fact, people who have hatred for others
tend to live a shorter life according to certain statistics. To me, it is
sort of a punishment from GOD for having unhealthy attitude and thoughts in
life. In my honest opinion, one should work on oneself to be a better human
being and that's what makes life beautiful.

MrTahir7892 on Monday, May 17, 2010
humsafar chahiye umir bhar chahiye think this lyrics this song is very
tuchy i like this song very much