Average Rating : 4.17
Total Vote(s) : 1164
Please rate this song between 1 star and 5 stars (5 stars being the best). Just move your mouse on the stars above and click as per your rating. Your rating will really help us to improve our website. 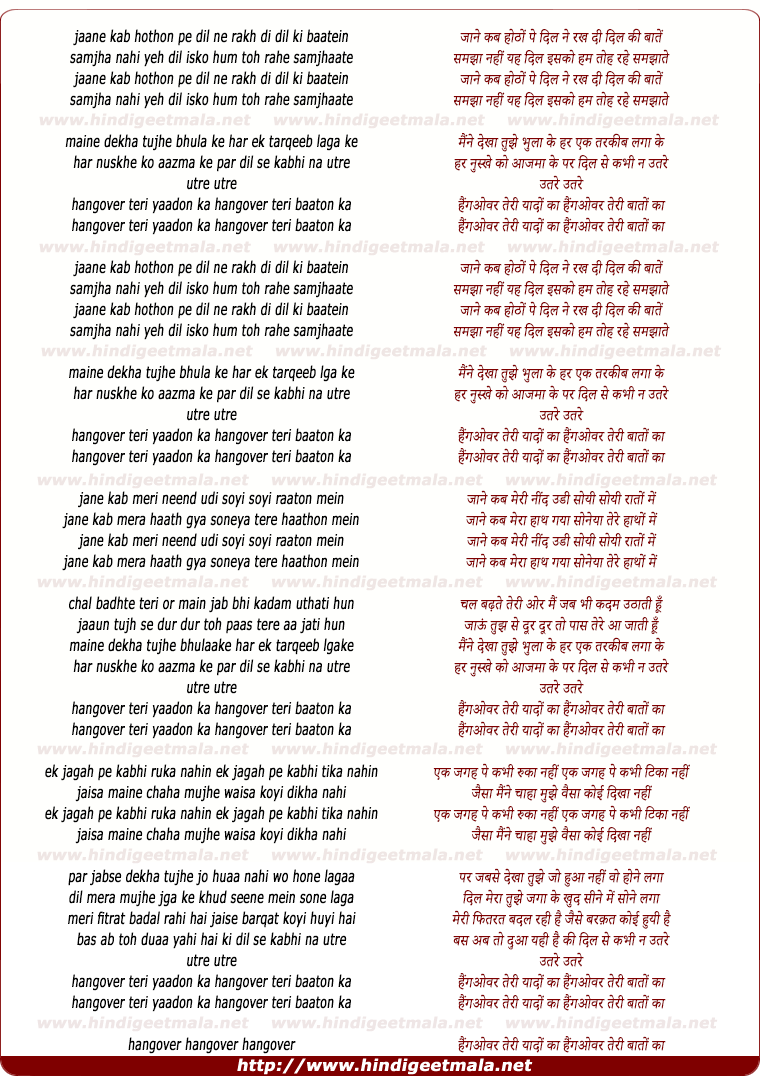 Comments on song "Hangover"
Aishwarya Sehgal on Wednesday, July 30, 2014
I love this song but only Shreya Ghoshals bit, Salman can't sing to save
his life, this is CLEARLY auto tuned and any Salman who denies that is as
dumb as him, it's a nice song but it would've been better if someone like
Sonu Nigam did Salmans bit﻿

rickyrock rocky rick on Friday, July 11, 2014
Not much itna achha be nahi hay like race song by atif aslam or sing is
king teri orr or muni badnam and other supper touching song bas yas gana
may hangover hay like 20 times just salman fan trying hard to like it.. ﻿

Faizal Khan on Sunday, July 13, 2014
I love this song so so so much. Because its sing by my favroute singer
#Shreyaghoshal with the legend super star #salmankhan. Loveable song. I
listern this song everyday.﻿

Zamzam Petal on Thursday, January 01, 2015
Salman's voice was just what this song needed. Nice to hear a man singing
in a manly voice for once! Leave the singing in sweet voices for the
ladies. Lol.﻿

zafer mohd on Wednesday, January 14, 2015
I luv this song. Soo lyrical and I dnjoyed it a lot very critical toooooo
so sweet song thanks for this song so good tunes I luv this song very much
﻿