Video of this song from youtube
Average Rating : 4.50
Total Vote(s) : 16
Please rate this song between 1 star and 5 stars (5 stars being the best). Just move your mouse on the stars above and click as per your rating. Your rating will really help us to improve our website. 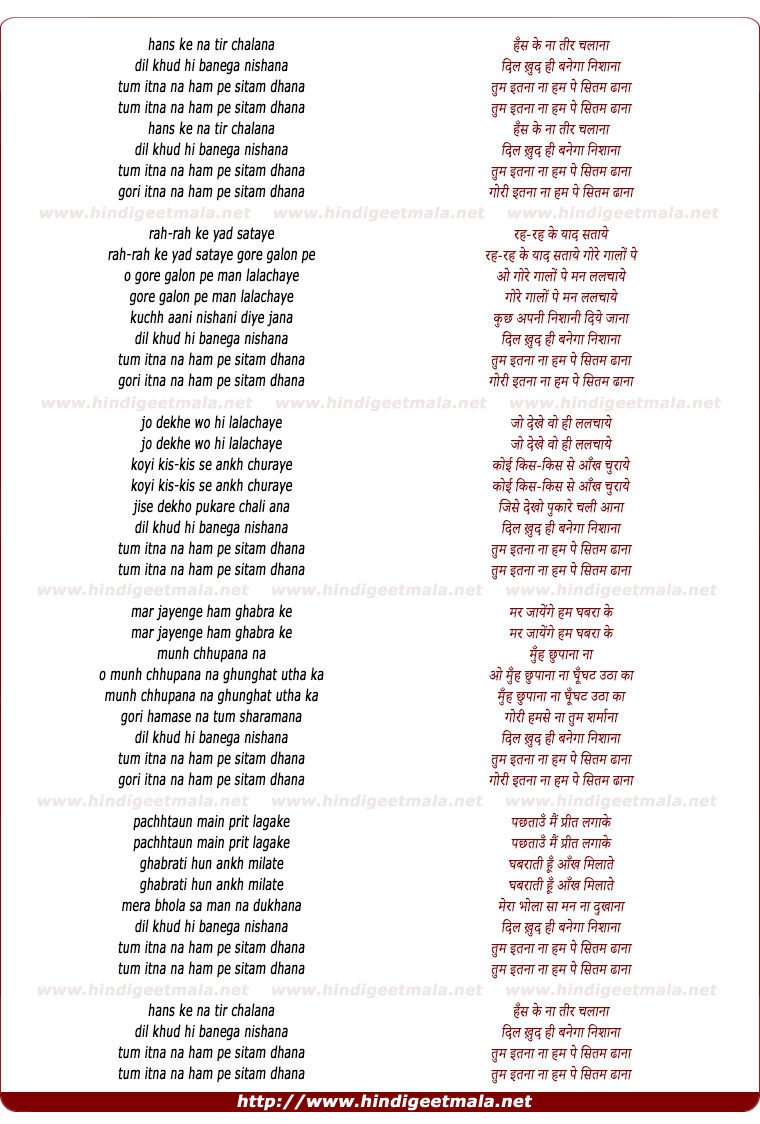 Riaz Ali on Monday, April 25, 2011
Wah bhai. Another gem of the same film but some different and excelled from
the other song. Characters dominates the singer and Singers dominate the
performers. A lovely duet indeed and perfect in all respect.