Video of this song from youtube
Average Rating : 4.63
Total Vote(s) : 24
Please rate this song between 1 star and 5 stars (5 stars being the best). Just move your mouse on the stars above and click as per your rating. Your rating will really help us to improve our website. 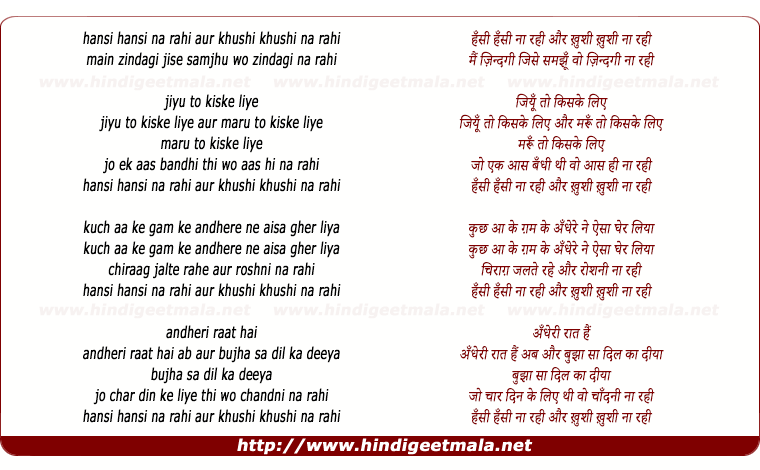 Harjap Aujla on Friday, April 12, 2013
This great rendition by Lata Mangeshkar is the creation of the hard work in
her training imparted by music director C. Ramchandra. In fact Pandit Husan
Lal and C. Ramchandra are the two stalwarts who created the legend of Lata
Mangeshar. Shanker Jaikishan and Madan Mohan were the biggest beneficiaries
of Lata's exceptional training.