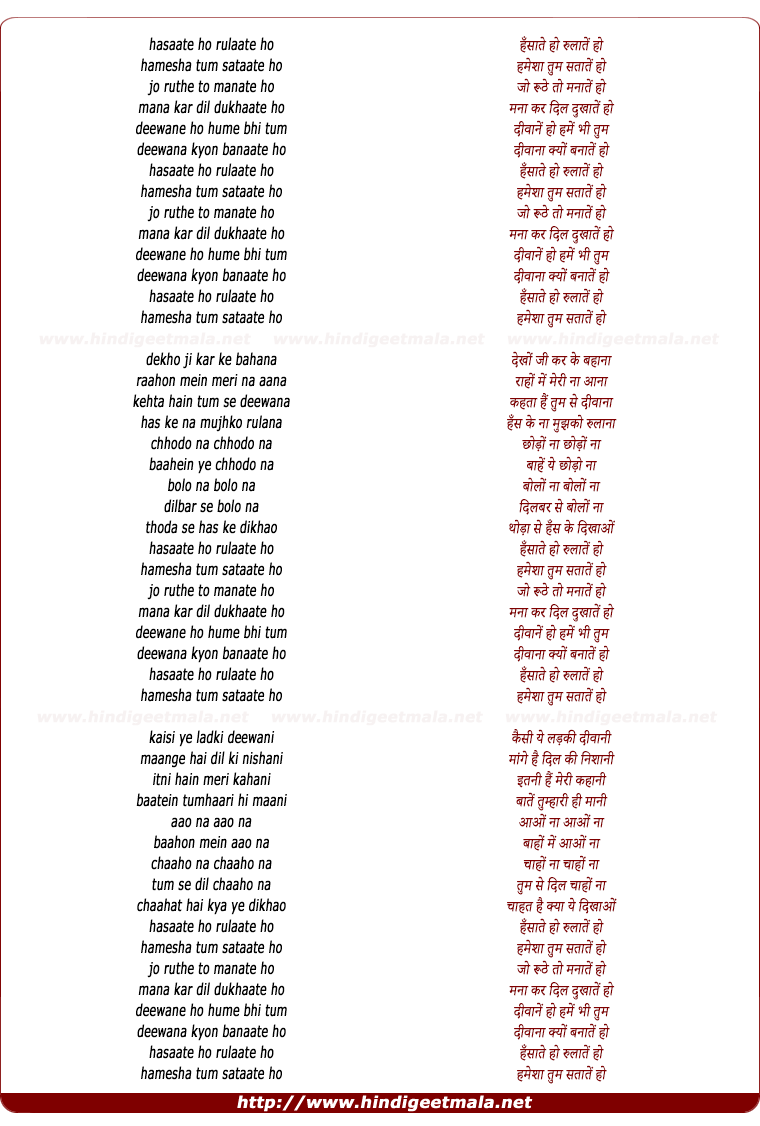 Comments on song "Hasate Ho Rulate Ho, Hamesha Tum Satate Ho"
hougp53 on Monday, January 26, 2009
Hi, I agree to what u say about Priyadarshan and I must say your analysys is very correct..however Priyadarshan has to get over the habit of closing all his films in the same fashion..there are around 3-4 films like Hera Pheri,Phir Hera Pheri,Hungama and Malamaal weekly which end similarly. The audience are slowly getting bored seeing all the characters of the films run around crazily after each other till the mystery is unravellled; woven around a comedy of errors; at the end of each film.
sds1943 on Saturday, September 01, 2007
very nice song, very nice movie. Sunil Shetty and Mahima performed well in
this typically deglamourized Priyadarshan flick. Priyadarshan can best be
described as the modern version of basu Bhattacharyya or Hrishikesh
lMukherjee with sadly less success and recognition.