Video of this song from youtube
Average Rating : 4.38
Total Vote(s) : 40
Please rate this song between 1 star and 5 stars (5 stars being the best). Just move your mouse on the stars above and click as per your rating. Your rating will really help us to improve our website. 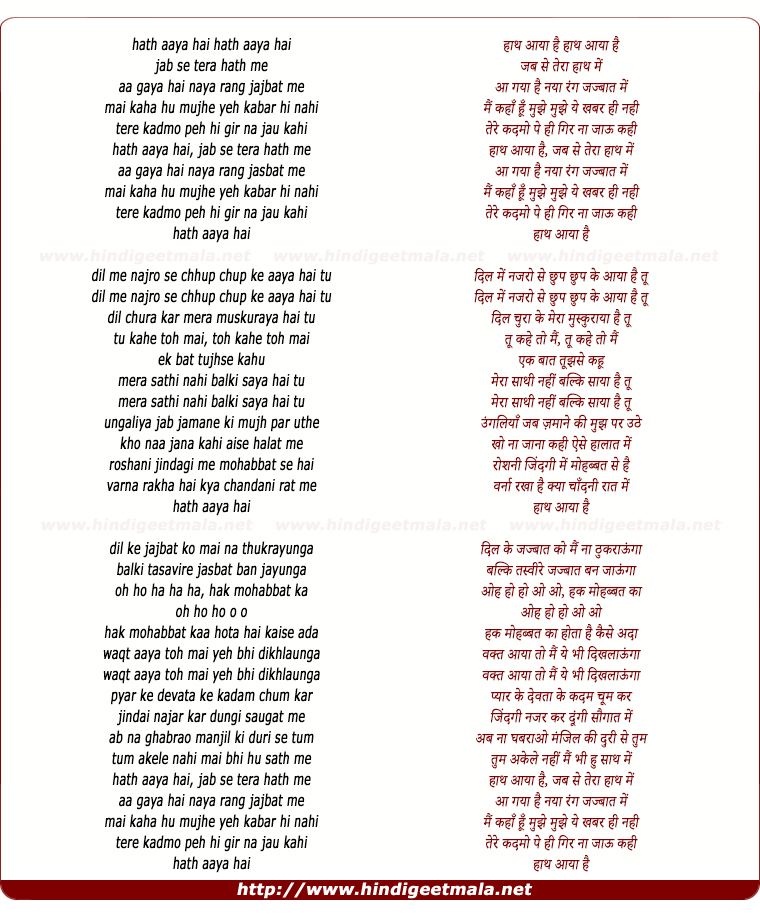 Showkat Khan on Saturday, May 07, 2011
Simply a piece of a smashingly magical melody created by the maestro OPN,
performed bruilliantly by Ashaji and Mahendra Kapoor; agonisingly romantic,
soothing, including a signature OPN orchestrstion, one of the greatest
songs of the golden era. Thanks

Moe Ali on Monday, November 23, 2015
"Roshini zindagi mein mohabbat se hai, varna rakha hai kya chandni raat
me". wah, S.H.Bihari. Asha Sharmila Mahendra Joy and the one and only
O.P.Nayyar with his magical use of guitar, and bass orchestra.﻿