Video of this song from youtube
Average Rating : 3.89
Total Vote(s) : 47
Please rate this song between 1 star and 5 stars (5 stars being the best). Just move your mouse on the stars above and click as per your rating. Your rating will really help us to improve our website. 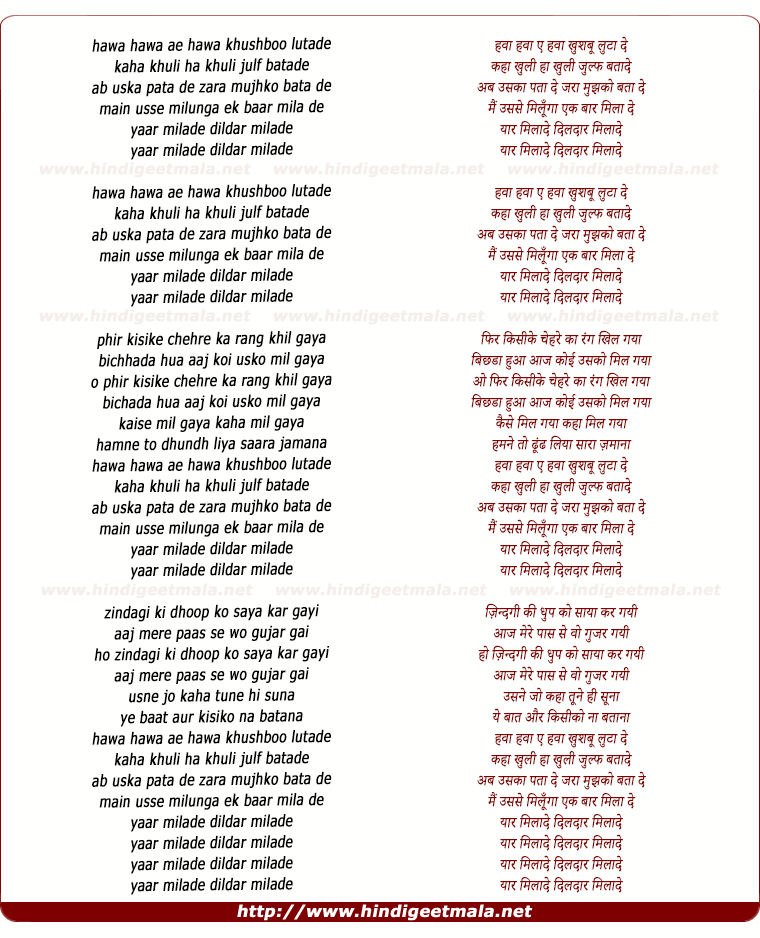 Eesha Singh on Saturday, February 23, 2013
I agree Hassan Sahib too should have been in the movie .Also I still prefer
the original song-it was ahead of its time but we didn't realise it at th\e
time! who is the guy dancing so nicely in the original song video clip? Not
Mithun? but very close to his style man! Mithun my supetstar-always.

rizwan khan on Monday, January 23, 2012
This was my fav song when i was a kid! glad they did a remix
View all 17 comments related to song Hawa Hawa
Popular Links on HindiGeetMala