Video of this song from youtube
Average Rating : 4.67
Total Vote(s) : 6
Please rate this song between 1 star and 5 stars (5 stars being the best). Just move your mouse on the stars above and click as per your rating. Your rating will really help us to improve our website. 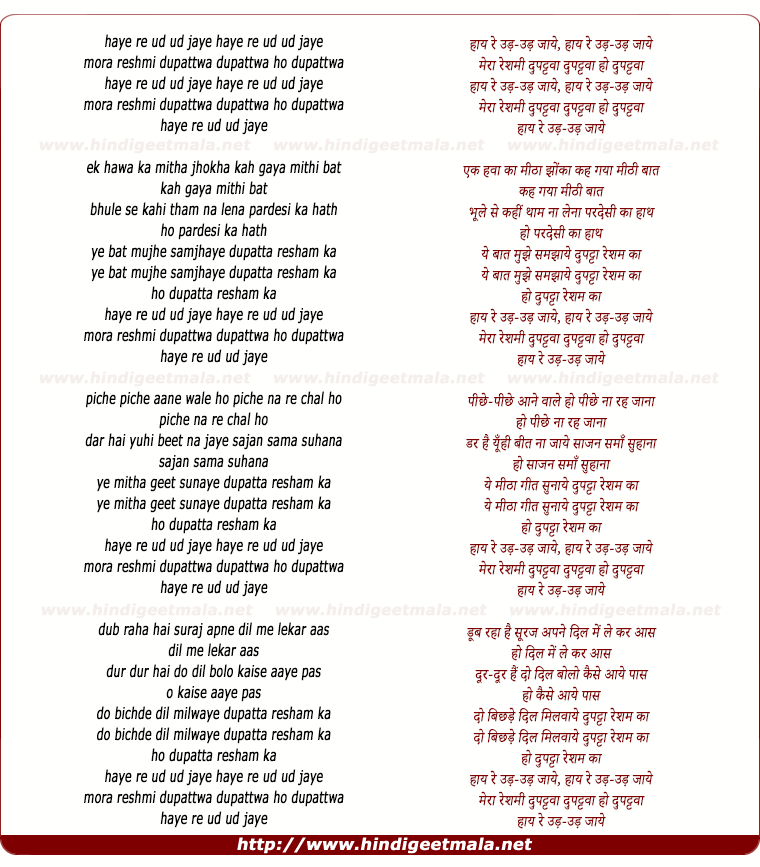 Comments on song "Haye Re Ud Ud Jaye Mora Reshmi Dupattva"
Vidur Sury on Wednesday, May 05, 2010
Dear Amitajai, Iam a fan of Madam Noorjehan. If you have the movie Mirza
sahiban from which this song is, or any other Noorjehan movie, PLEASE let
me know.

Vidur Sury on Wednesday, November 17, 2010
Noor Jehan sings for herself, Zohrabai sings for Roopkamal and Shamshad
Begum sings for another Noor Jehan(!)

Dee Thakore on Friday, August 14, 2009
this reminds me of "gadiwale" from Mother India. But can't campare Noor
Jahan!

Vidur Sury on Wednesday, November 17, 2010
As usual, really fantastic upload. Thank you so much for sharing!
ShafqatHJatoi on Tuesday, October 06, 2009
one of my favourite song,thanks for uploading
View all 6 comments related to song Haye Re Ud Ud Jaye Mora Reshmi Dupattva