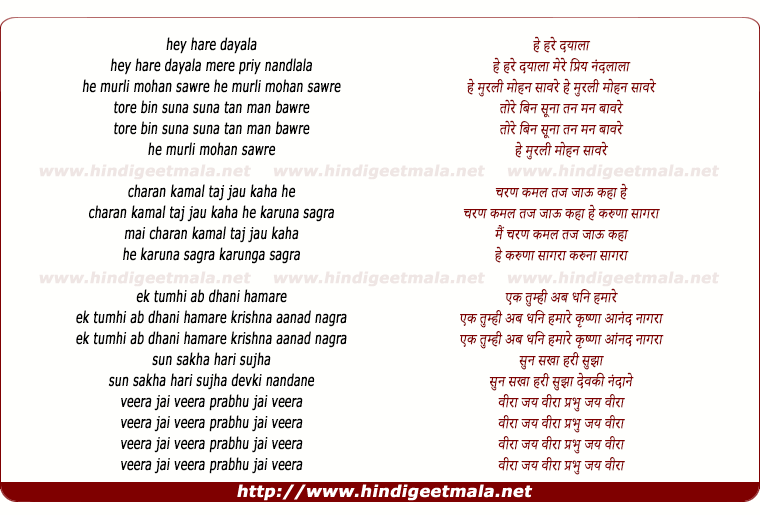 Comments on song "Hey Hare Dayala Mere Priy Nandalala"
samaganam on Friday, December 02, 2011
Hmm,I remember this movie being played.Do not know when it was.But at that
time,was wonder struck to see MS amma in the intro by sarojini naidu.Did
not have the patience to watch that movie then.Now cannot stop listening to
these songs every day.Wonderful eyes,look at them.And that bhakti in
meera,only MS amma could express it completely.Like a mom feeds her baby
with tender love,MS amma imparts her bhakti in her songs so delicately.Such
a wonderful Amma.

beowulf555 on Monday, April 09, 2012
R u sure, it was Tamil? I think the Original movie was telugu. The actors
and the movie style say so.

Jayant Gune on Saturday, August 31, 2013
It's great. and MS is also beautiful, rare combination a melodious voice
and beautiful face.