Video of this song from youtube
Average Rating : 4.27
Total Vote(s) : 144
Please rate this song between 1 star and 5 stars (5 stars being the best). Just move your mouse on the stars above and click as per your rating. Your rating will really help us to improve our website. 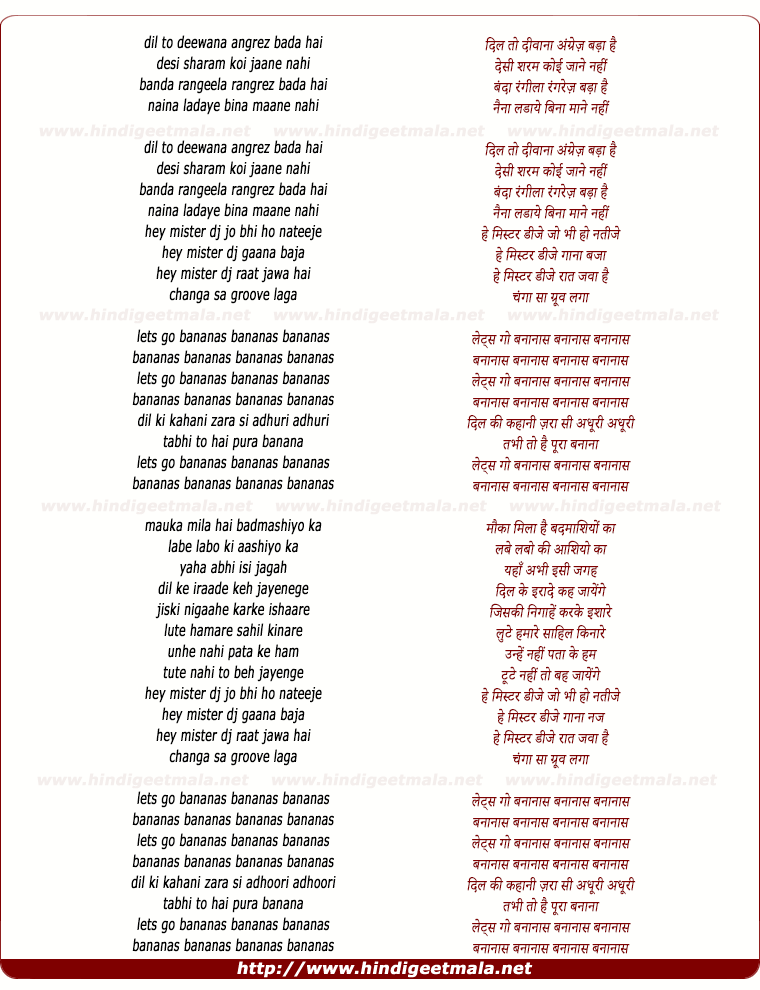 Comments on song "Hey Mr. Dj - Lets Go Bananas"
Sajani Fernando on Friday, August 16, 2013
I have become a fan of Shahid Kapoor since recent time.. I had never
realized the talents of him in acting and dancing..But everything about him
makes his fans happy including me.. As for all the actors who are
successful at the moment, he also has his own time and he will be
successful in time to come as nobody can even imagine.. But I wish he never
grows old in his looks. Only prayer for him is that he is approached by
film makers with good scripts!

Cavil Noronha on Monday, August 12, 2013
at first i liked this song has nice and catchy song. but afta watching the
video its my fav Shahid and Ileana look jus adorable together, Shahid has
done an awesme job and those dance moves jus too good for me he is the
second best dancer in Bollywood.

Pamela Das on Wednesday, August 21, 2013
Lets go bananas means lets go crazy which obviously happens in parties. So
there is nothing wrong with the lyrics. N i am watching this video for the
50th time as it has so catchy music.

ali wasi on Monday, August 12, 2013
Pritam is the best in bollywood. No wonder he is getting all the biggest
films if the year. Or you can just look at the charts and he'll be at the
top somewhere

Andrew Persaud on Sunday, September 01, 2013
why are the subtitles in hindi. give us english subs so we can follow along
too. thats like americans putting english subs on english movies. whats the
point?