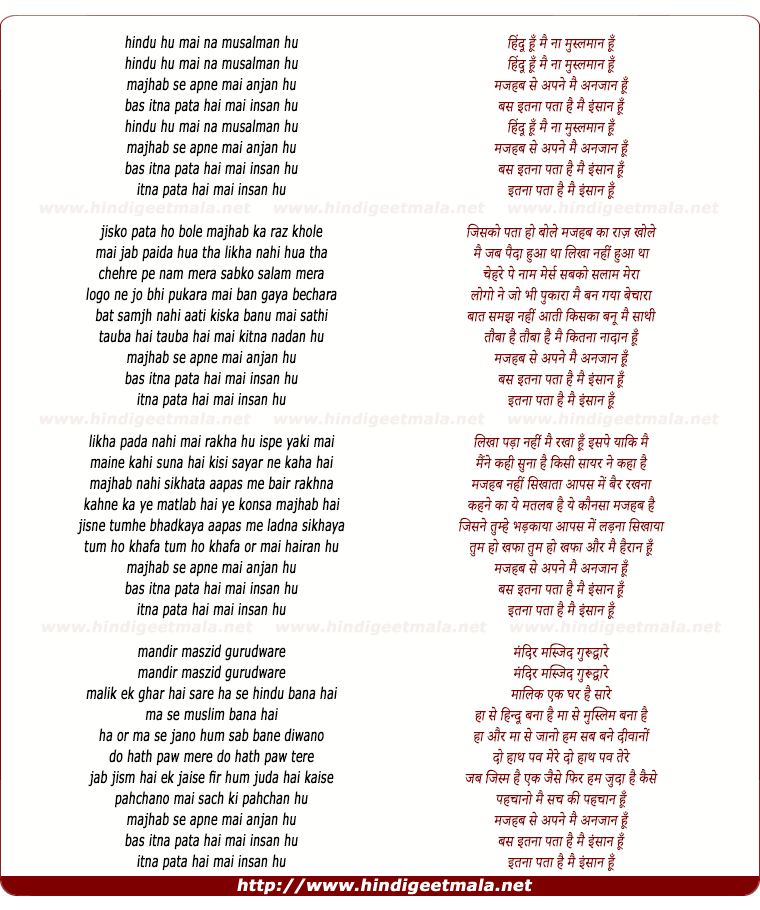 Comments on song "Hindu Hu Mai Na Musalman Hu"
jeetendra5 on Monday, October 12, 2009
This amazing song which I was looking for long time,Thanks for posted,I just subscribed to yr beautiful channel.
Velayudhan Manoharan on Tuesday, August 28, 2012
Rajesh Khanna will be an icon 500 yrs from now.

With the advent of electronic media none of our videos/films will ever ever die . so even 500 years from now it will be possible to google rajesh khanna and see everything like today.

At that time we are sure that Kaka will score over all else from our time because of his values and eternal love that he propagated in his films and his immortal songs..people may even be studying his songs like we do Shakespeare, Tansen, Thyagaraja today.