Video of this song from youtube
Average Rating : 4.15
Total Vote(s) : 48
Please rate this song between 1 star and 5 stars (5 stars being the best). Just move your mouse on the stars above and click as per your rating. Your rating will really help us to improve our website. 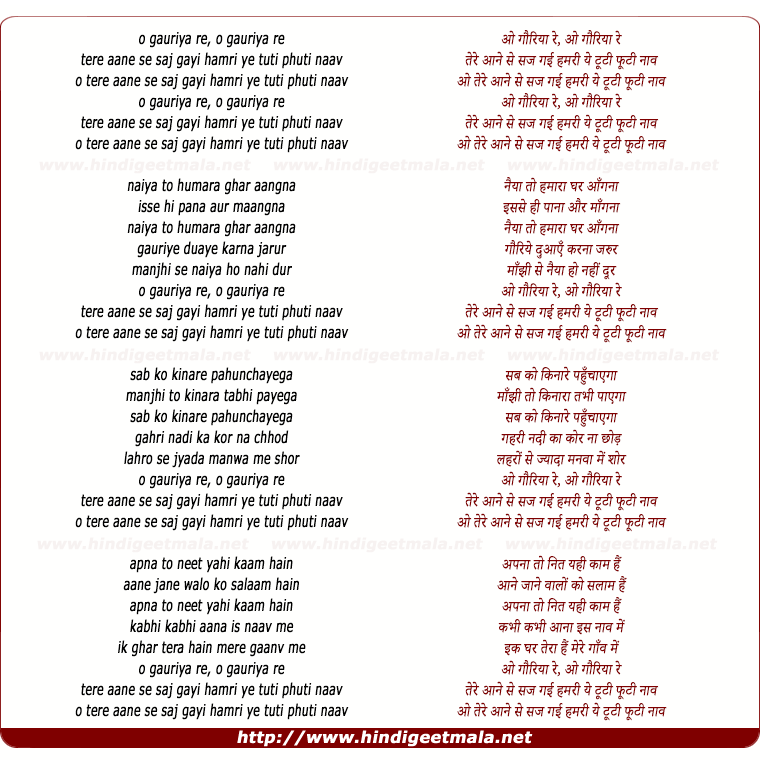 Comments on song "O Goriyaa Re, O Goriyaa Re"
deepakrajput86 on Saturday, April 30, 2011
most most beautiful song in all over indian songs i like it!
tubepipevision on Friday, February 18, 2011
@rashmisadu This movie was released during my college days, then I thought
Mr Prashant Nanda to be from Punjab, I used to wonder how he settled in
Orissa. Years later I came to know from my office boss (who is from Orissa)
that actually it is spoken as Prashant Nando (the synonym of Lord Krishna)
and not Nanda. Any way he is my favourite actor, in some distant shots
looks like Jagdeep (the bollywood actor). He in fact directed this movie
Naiyya, also another Rajshri Movie "Paheli" before it.