Video of this song from youtube
Average Rating : 4.44
Total Vote(s) : 54
Please rate this song between 1 star and 5 stars (5 stars being the best). Just move your mouse on the stars above and click as per your rating. Your rating will really help us to improve our website. 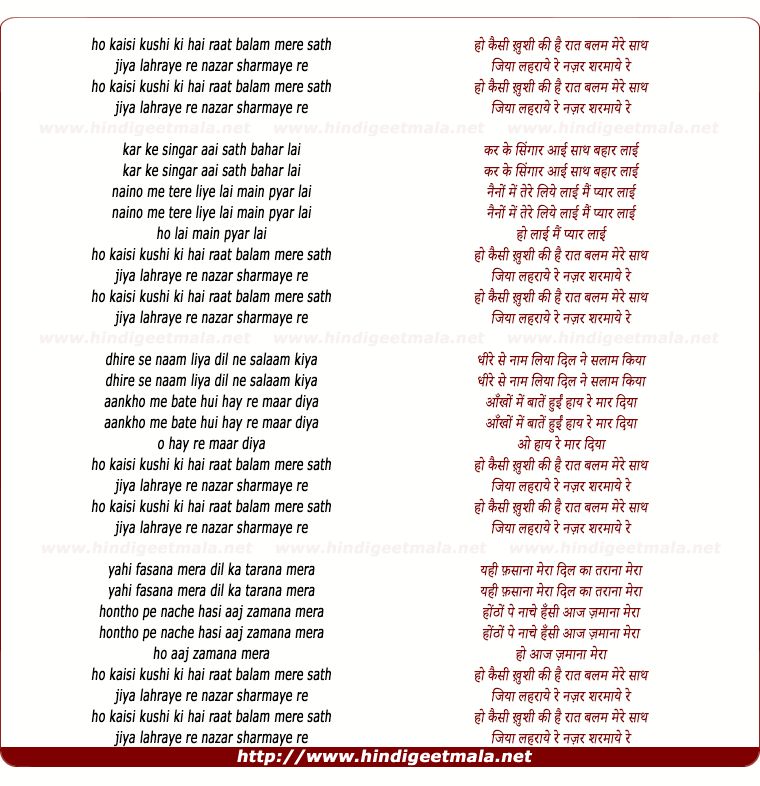 Comments on song "Ho Kaisi Khushi Ki Hai Raat Balam Mere Sath"
Himanshu Muni on Sunday, February 03, 2013
Nice song from a film which was given "A" certificate because it showed an
attampt to kill. This film was premiered at" Hindmata". It is said that
Nutan went there and was denied entery because she was just 15years old.
She was allowed only after it was explained that she played lead role.
Though music was great film did not do well on ticket-window; at least that
is what I recollect.--Himanshu Muni.

V. Siddhartha on Tuesday, September 22, 2009
A sweet, sweet, sweet song in Lataji's early voice. And your record is so
clean, it adds immeasurably to the joy of listening. Thanks, Ajay.

Hussain Al Sajwani on Saturday, January 09, 2010
It is really "Khushi ki yeh raat" to find this song on You Tube. Thanks
dear. You have a great taste. Hussain Abdul Aziz (from Oman)