Video of this song from youtube
Average Rating : 4.30
Total Vote(s) : 23
Please rate this song between 1 star and 5 stars (5 stars being the best). Just move your mouse on the stars above and click as per your rating. Your rating will really help us to improve our website. 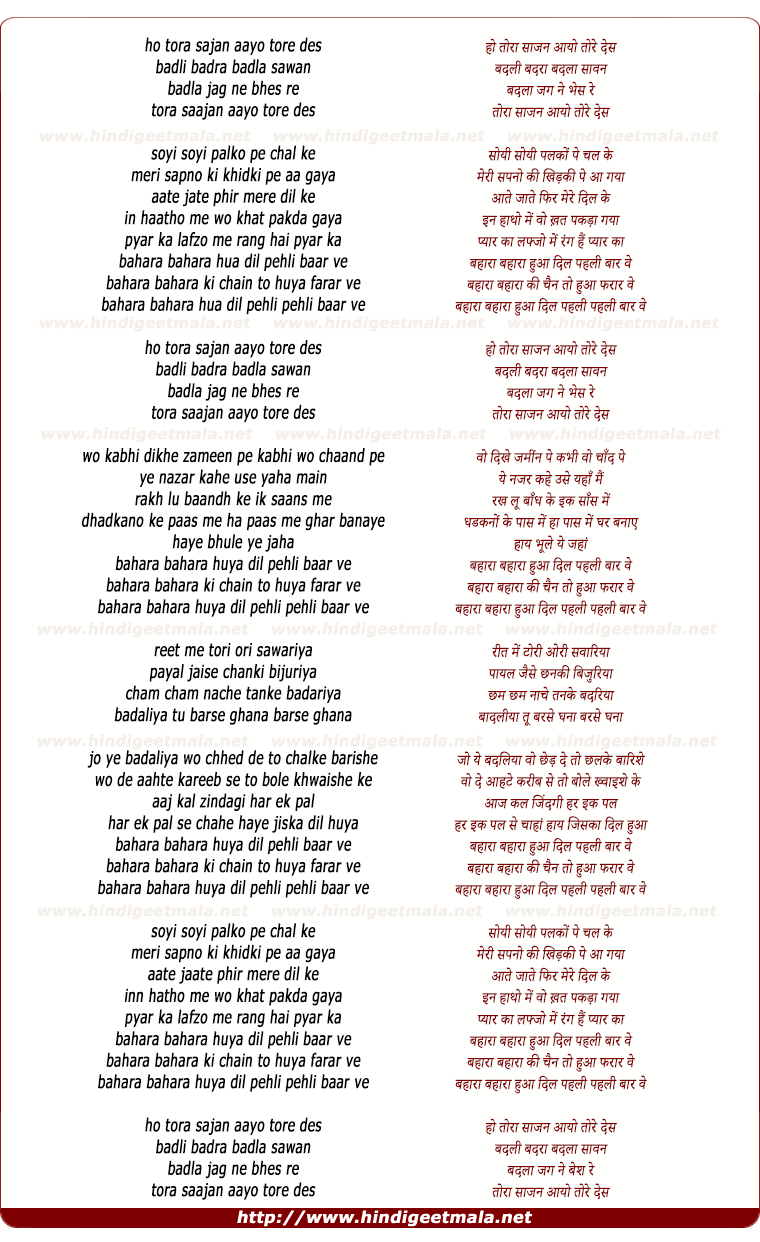 Comments on song "Ho Tora Saajan Aayo Tore Des (Bahara)"
Pitchblck on Tuesday, August 21, 2012
She's not only beautiful but has goodness on her face. Look at those eyes and smile. She could be cast in western movies easily. Only beauty is nothing. Her face shows her character. She's a fun loving decent girl. Whenever I'm stressed out in business I just come here and watch this song as her pleasant face makes me smile.
23399gayathri on Thursday, September 20, 2012
Oh, that's the point, they're trying to make fun of all the Bollywood romantic hits, so with permission they took steps from the song Shavva Shavva to create a stereotype about hindi love stories. Surprisingly it worked well, I just laugh when I see it :)
eminemslimshadyyy on Tuesday, August 28, 2012
more than 90% people clicked this video because they couldn't ignore Sonam kapoor's beautyness..damn nobody would click this if sonam wasn't there,,yet,Imran khan is looking dashing,,,Sonam's cuteness has made this song even more romantic:)
frendzfamirlife on Sunday, September 16, 2012
I need to get one thing straight: the people doing the "movie" they actually just took scenes from other movies and changed it up? Because one of them looked like Shavva Shavva from K3G and so forth.
Saniha0812 on Sunday, December 18, 2011
Imran 3 omg like when I was at the theater watching this movie a long time ago all the girls in the theater were acting like they were gonna faint of his hotness one girls kissed him! Literally!
View all 81 comments related to song Ho Tora Saajan Aayo Tore Des (Bahara)