Video of this song from youtube
Average Rating : 4.43
Total Vote(s) : 1279
Please rate this song between 1 star and 5 stars (5 stars being the best). Just move your mouse on the stars above and click as per your rating. Your rating will really help us to improve our website. 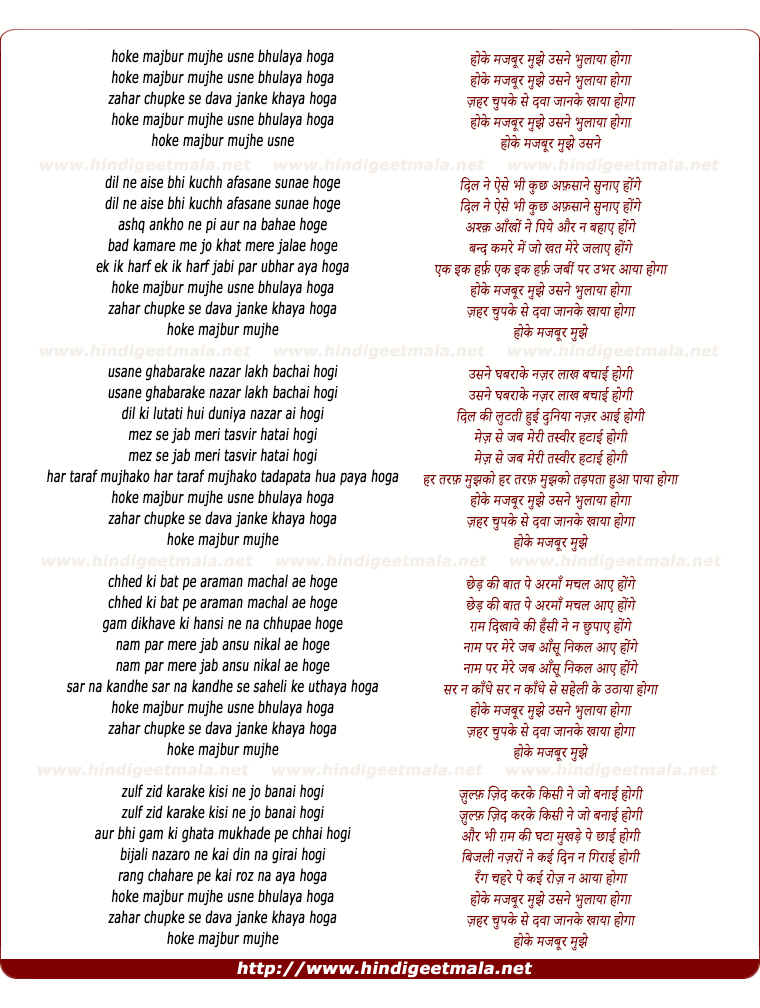 Kulbhushan Raj on Tuesday, December 08, 2015
A masterpiece. What lyrics & what music. Depicts the tragedy of 1962
Chinese Aggression & those brave men who fought to the last bullet & last
breath ~ mostly without adequate material/logistics support. You can not
imagine what extreme climatological conditions they fought in.We can not
praise the men in our Armed forces enough. It is one (& perhaps the only)
institution which is keeping us together as a country. Think of a person
willing to lay down his life any time anywhere to defend his motherland for
a Rs 10-15000 a month. When nothing works or no body is willing to work ,
what do we do ~~ we call Armed Forces.Hope the country wakes up to
respecting & rewarding its Armed Forces for continuing untold
sacrifices.Jai Hind !!﻿

mynameiskhansrk1 on Monday, September 20, 2010
wat a fantastic song it is.i love soooo much..i listned dis songs 3 yrs ago, wen i was in dubai on FM radio, since den i hve been searching, bt i could not find..nw i m feeling so happy dat i got it.n i was crying wn i saw dis song,i never thought the picturisation ws like dis, its really nice.the great songs frm our grt hindi film industry
Gasper Agacy on Thursday, December 01, 2011
the real pain of a soldier. Talat Mehmood, Mohd. Rafi, Manna Dey were the
real voice to say that pain. i am white but lived in india and learned
hindi and urdu just coz i can understand the songs sung bye them and i have
a large collections of LP records of old hindi movies. can not india prode
singers like them again?