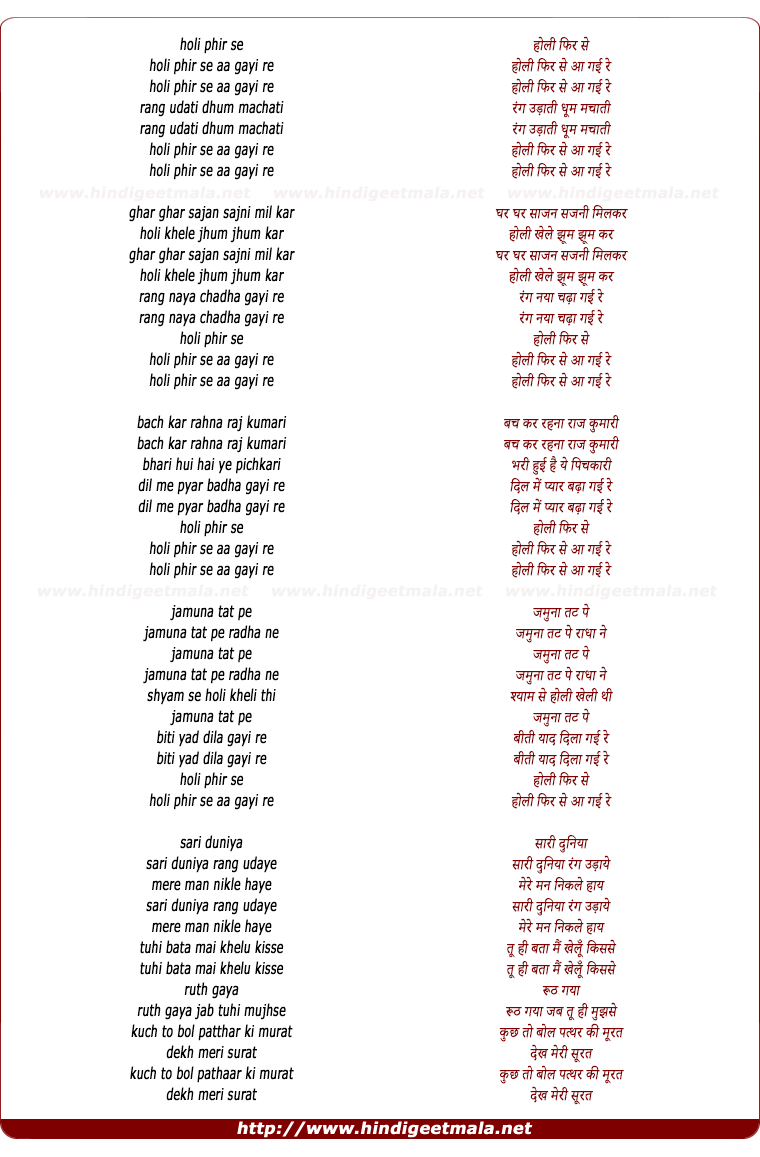 Comments on song "Holi Phir Se Aa Gayi Re"
Vidur Sury on Thursday, March 29, 2012
One of the female voices is definitely Sitara Devi Ji, the other may be
Sarla Devi Ji. The male voice certainly of G. M. Durrani. Thanks a lot for
sharing.

Mad-Heart Media on Monday, December 07, 2015
The songs of the movie "Tilasmi Dunya" were written by the poet Yazdani
Jullundhari (Jalandhari) who wrote songs for other movies as well including
"Khaufnak Ankain" (1946), and "Tilasmi Khanjar"(1948).﻿

Vinayak Vaidya on Wednesday, October 23, 2013
Many Thanks. I am also sure about Sitara Devi.not sure about other
voices...

Vidur Sury on Thursday, March 29, 2012
There is also a possibility of it being Kusum Mantri Ji (instead of Sarla
Ji).