Video of this song from youtube
Average Rating : 4.50
Total Vote(s) : 20
Please rate this song between 1 star and 5 stars (5 stars being the best). Just move your mouse on the stars above and click as per your rating. Your rating will really help us to improve our website. 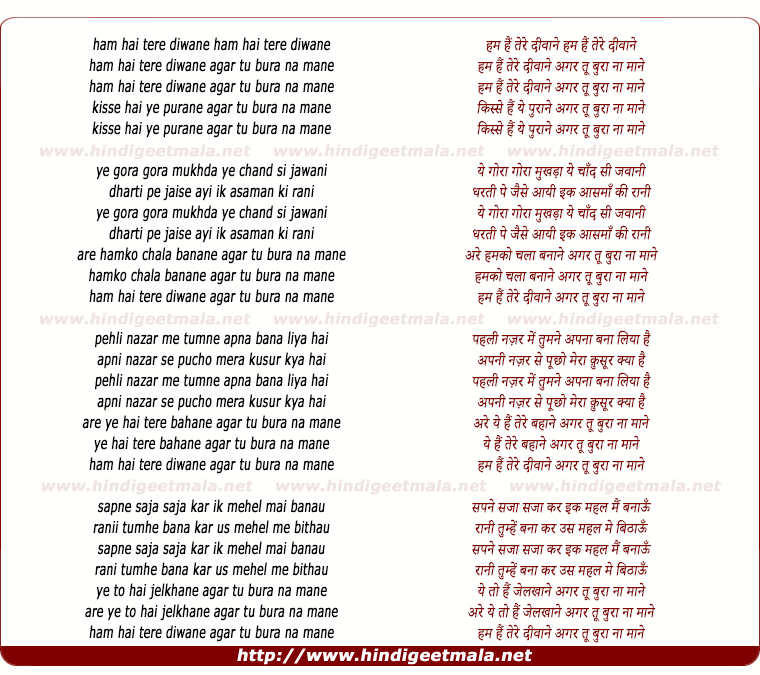 Zafar Khan on Saturday, April 06, 2013
Singers are Talat Mahmood and Geeta Dutt beyond shadow of doubt. And this
was the last movie of actor Shyam. He after an accident while playing polo
during shooting of this movie.

imtiaz ali on Saturday, November 07, 2015
this duet is sung by geeta roy and c.Ramachandar.same song was also sang by
geeta &talat.﻿