Video of this song from youtube
Average Rating : 4.34
Total Vote(s) : 86
Please rate this song between 1 star and 5 stars (5 stars being the best). Just move your mouse on the stars above and click as per your rating. Your rating will really help us to improve our website. 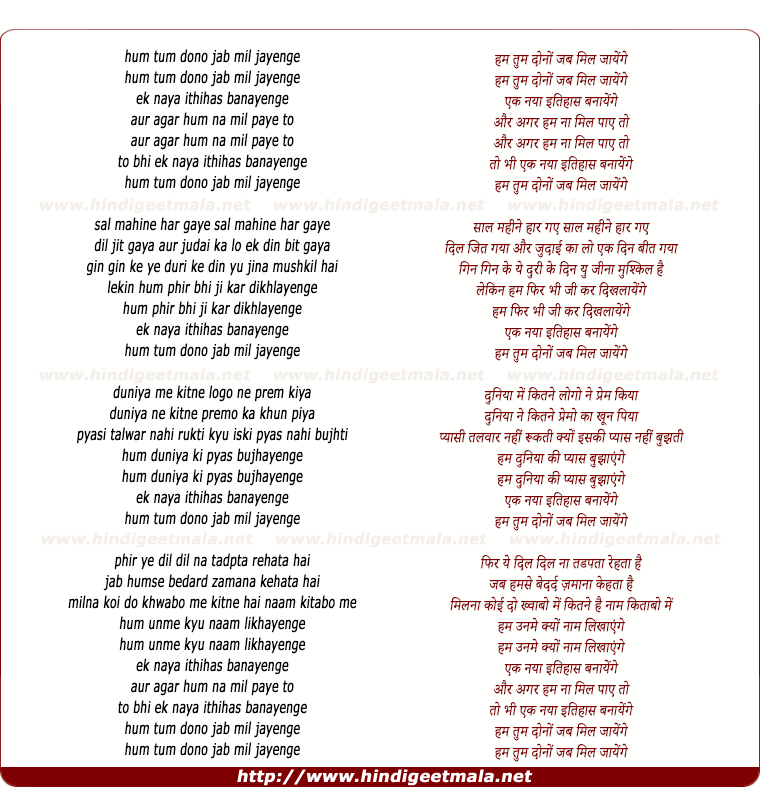 Comments on song "Hum Tum Dono Jab Mil Jayenge Ek Naya Itihas Banayenge"
LivingFree75 on Monday, August 04, 2008
This is an Awesome song from an Awesome movie. This (Ek Duje Ke Liye: For
Each-Other) movie is from an era when we use to put our heart and soul into
the songs and into the movies. This is an unforgettable lesson for any
generation. Thank you so much for taking the time to upload these videos.

ANU VIKSHAT on Monday, January 21, 2013
***All song of Ek duje ke liye were marvelous and fascinating..The song
were penned down by Anand Bakshi ji.Music by Laxmi kant
Pyarelal was also very melodious ***

farhatbilal on Saturday, August 30, 2008
No words to praise this song, lyrics and visuals.. innocent cute and
teen ager's ideal song, i think.. no vulgarity or lust in this like
today's songs. thanks for uploading