Video of this song from youtube
Average Rating : 4.25
Total Vote(s) : 12
Please rate this song between 1 star and 5 stars (5 stars being the best). Just move your mouse on the stars above and click as per your rating. Your rating will really help us to improve our website. 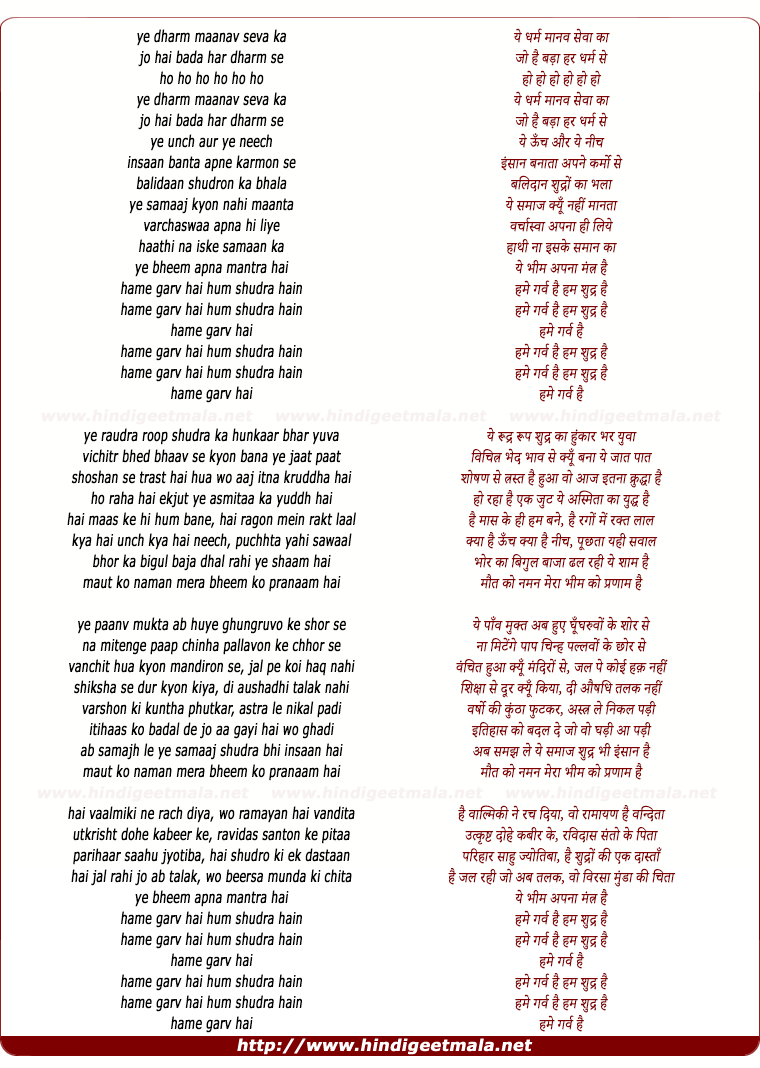 Rangaswamy Sundar raj on Wednesday, March 14, 2012
We ignore the fact that Vedic mantras and Manu Smriti are written
symbolically. Varna is just a measure of the gap between our positive
(desire) and negative (satisfaction) attitudes. Greater the gap greater
would be the Karma/ retarding force. The Varnas are stratified based on
this. Varnas have nothing to do with occupation. They just indicate four
grades of efficiency. Shudra Varna is meant just to tide over a crisis. The
consequences of prolonged use of Shudra Varna is well known.

NEHA K on Monday, October 08, 2012
are u ready to change ? teach your children to be human and first believe
in humanity. when somebody ask what caste u r say i am an india and only
and indian.. the old system is dead and should cremated.

Musik Faber on Monday, February 18, 2013
Proud to be An Indian not a shudra or watever. We all are Indian and must not forget this Identity.
Rehal Khan on Saturday, January 21, 2012
wonderful song for shudra community plz may i now who is the music director
thanks