Video of this song from youtube
Average Rating : 4.55
Total Vote(s) : 284
Please rate this song between 1 star and 5 stars (5 stars being the best). Just move your mouse on the stars above and click as per your rating. Your rating will really help us to improve our website. 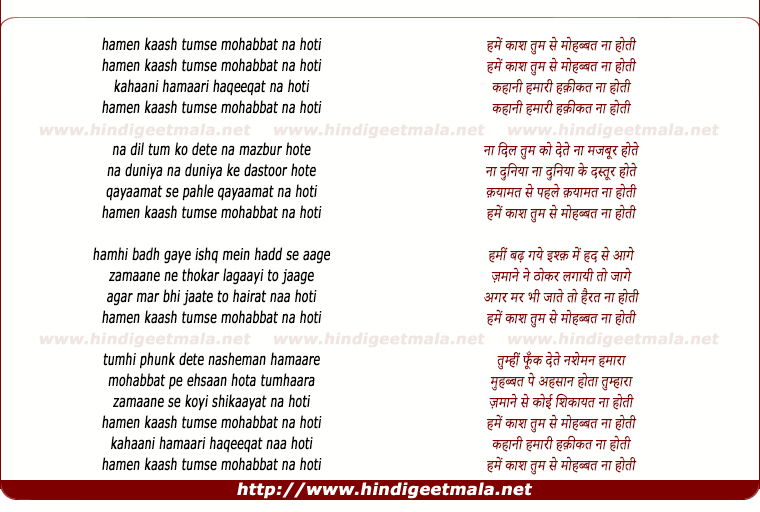 Comments on song "Hume Kash Tumse Mohabbat Na Hoti"
navsikand on Tuesday, September 04, 2012
beautiful haunting song and one of the best. Find it so strange and wrong
that they cut it from the digitally coloured version, especialy as they
whole reason they supposedly did it was to "realise K Asif's dream" of
having his film in colour., why mess with his direction and editing by
remoivng this song then? Ironically its also one of the more convincing
colourized scenes! criminal but thanks for puttign it up here! enjoyed it a
lot

softclay4thought on Sunday, December 16, 2012
Can't sanction the omission of this from the colorized version of the movie
unless for some legal reasons. Th original film is preferrable in some
respects as this scene demonstrates because the bright colors tend to
distract your attention from the energy and emotions the two are exchanging
here.