Average Rating : 4.00
Total Vote(s) : 16
Please rate this song between 1 star and 5 stars (5 stars being the best). Just move your mouse on the stars above and click as per your rating. Your rating will really help us to improve our website. 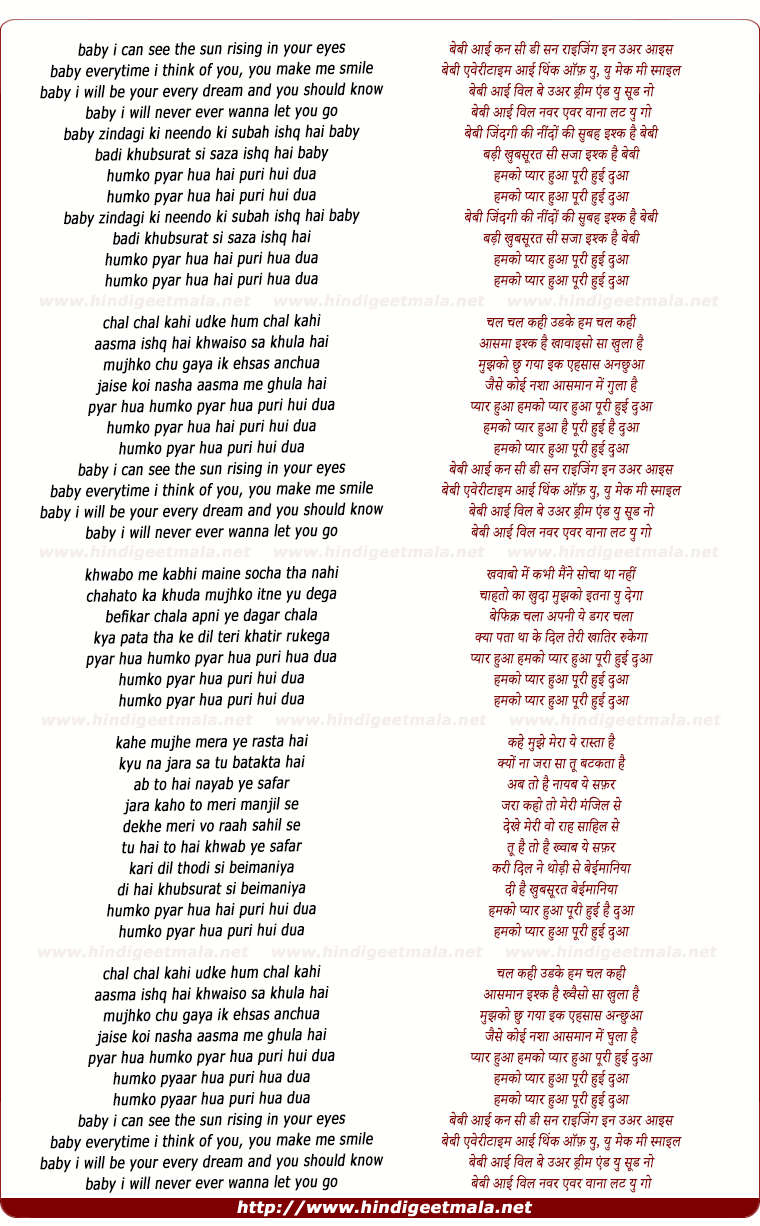 Comments on song "Humko Pyar Hua Poori Hua Dua"
asifahmad10 on Friday, June 03, 2011
his song is like the best song ever and it will stay evergreen in the hearts and memories for couples
varun19931103 on Thursday, April 28, 2011
asain looks beautiful in the black dress
she just rocks
a good come back after gajini


Shivam Chanana on Thursday, April 28, 2011
the song is very nice, and both of the singer have done very well. Long
time since a good romantic duet came out, well done pritam !!