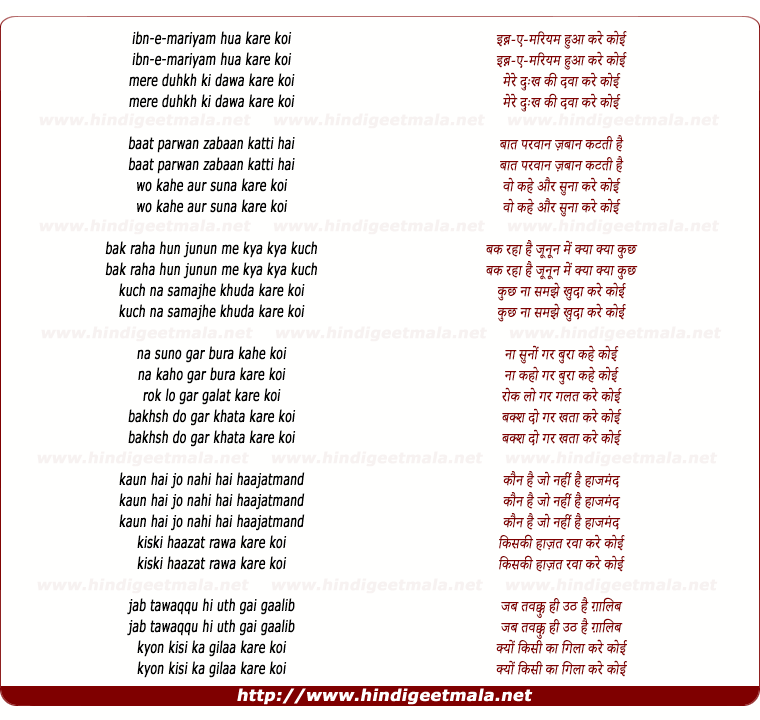 Comments on song "Ibn E Mariyam Huaa Kare Koi"
pdavis55 on Sunday, October 14, 2012
I am a Begum Akhtar diehard and hold her versions to be the last word but I
found this version to be rather lilting so thanks much for the upload. One
word for Ghalib, when I first heard this poetry, I was taken aback by his
"audacity", that he was invoking Jesus...it stands so much in stark
contrast to what we see and hear these days. Adaab Arz, Ghalib!

buttegowda on Saturday, November 21, 2009
Can anyone match KLS saab in rendering ghazals ?? Simply superb !!! Long
live KL Saigal. Thanks for posting this gem.

V. Siddhartha on Monday, November 23, 2009
Once again, our waiting paid off,Mr. Vahanvaty. You came up with another
KLS treat to reward us for our patience. You seem to act on some implicit
pledge to viewers and listeners that you will only upload songs
periodically but each time it will be a special gift. So you did it again.
Thank you.