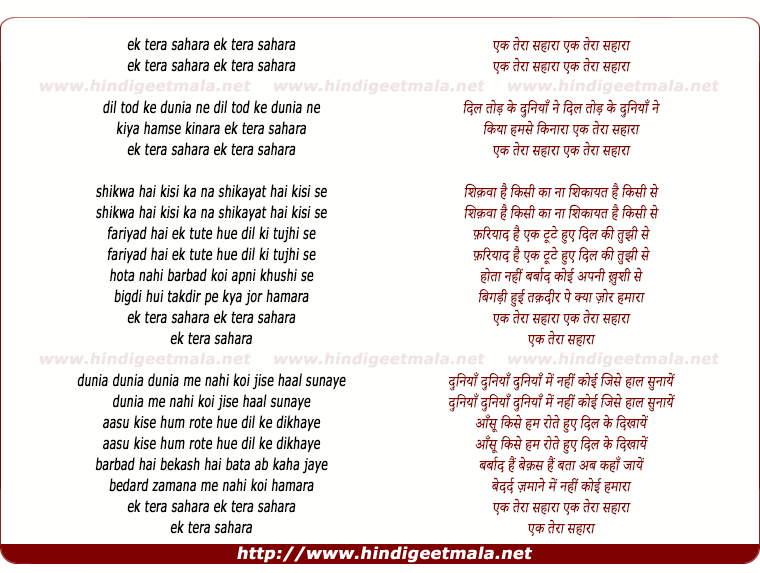 saz9297 on Friday, July 03, 2015
indeed very beautiful song. every commentator talking about heroin, MD, etc
and wah wa. but no one asking who is lyricist. I don't know why uploaders
avoid poet's name. is it possible to sing and play music without poem.
sad.. lyricist perhaps is Shams Lakhnavi.﻿

mohammad khan on Friday, June 28, 2013
This song in the film was sung by Suraiya . Shamshad Begum also did a
private recording of this song on Columbia Records. Film Shama recording
was done by HMV later known as EMI