Average Rating : 4.80
Total Vote(s) : 5
Please rate this song between 1 star and 5 stars (5 stars being the best). Just move your mouse on the stars above and click as per your rating. Your rating will really help us to improve our website. 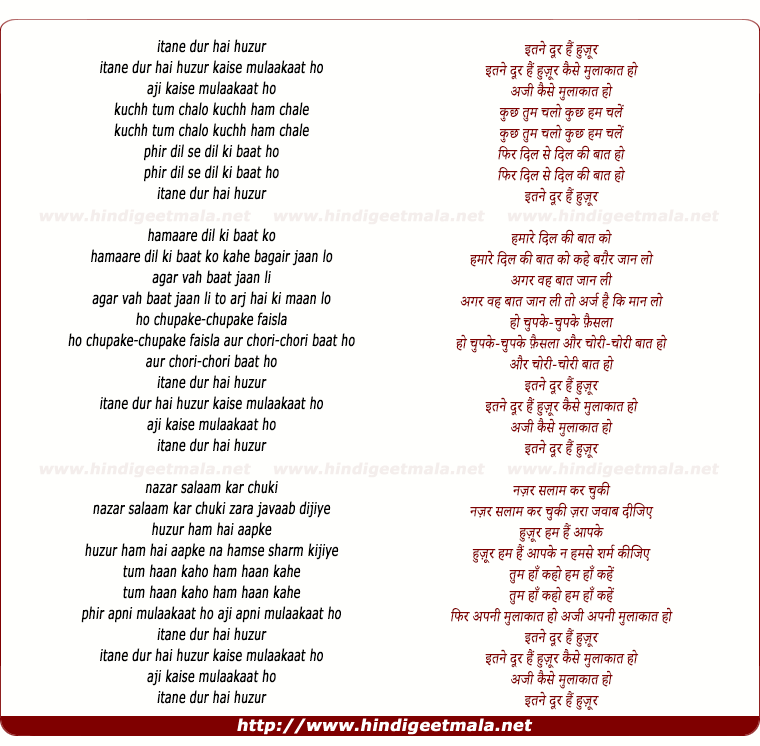 Comments on song "Itne Dur Hain Huzur"
rameshpuri1 on Monday, September 20, 2010
there was no waheeda rehman leela mishra gopi krishnan in pyar ki jeet ..the music was by husanlal bhagatram and songs were written by rajinder kishan and qamar jalalabadi.
saz9297 on Monday, December 13, 2010
wow. the song which i was on the search since long. one of the best song of
surrender kaur though all songs she sang i would say are the best thank you
mr ajay and mr riazali. grateful indeed

Moid Hasan on Wednesday, June 01, 2011
What a moving rendition by Surender Kaur.Film pyar ki Jeet 1948, and this
song has been filmised on Manorma.