Video of this song from youtube
Average Rating : 4.26
Total Vote(s) : 27
Please rate this song between 1 star and 5 stars (5 stars being the best). Just move your mouse on the stars above and click as per your rating. Your rating will really help us to improve our website. 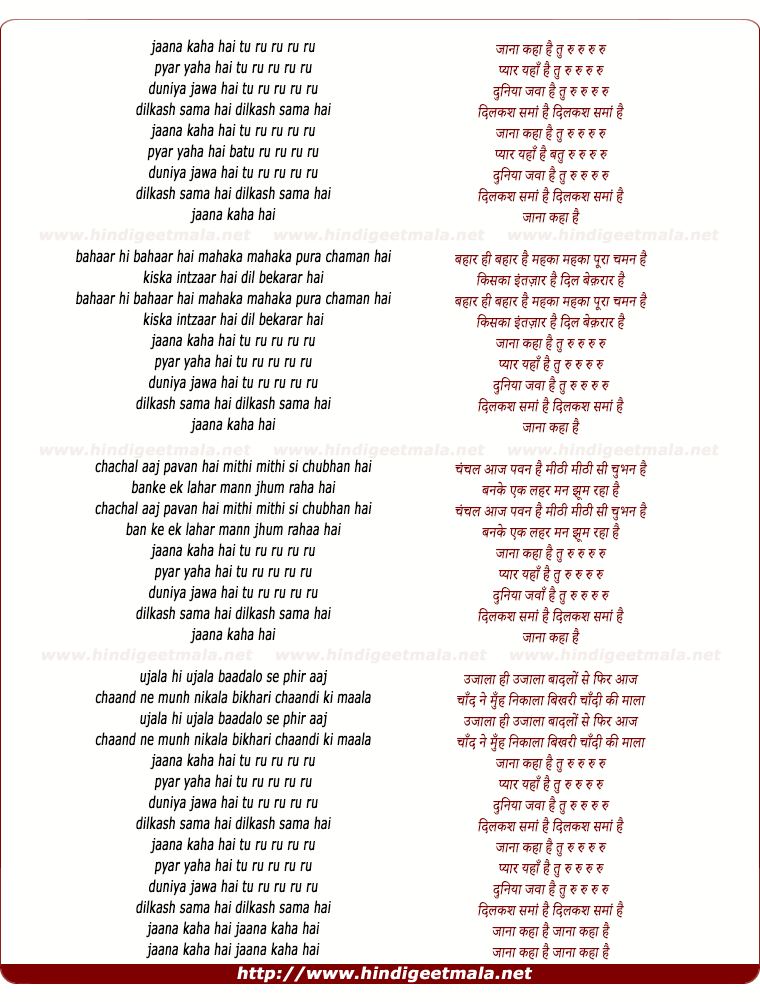 Comments on song "Jana Kaha Hai Tu"
RealMusicKing on Sunday, October 03, 2010
@jaygcin Bhappi's father himself was a Tabalchi(tabla player). Bhappi was no talent. He rediculed the real maestros such as Madan Mohan, C. Ramchandra, Naushad and others. I gues that was his way of taking out his frustrations.
RealMusicKing on Sunday, October 03, 2010
Hello Yuan and thank you. Nice composition(whoever tuned it) but the voices are not good. Neither are the singers pronounciation of the words. Actors too were bogus. But that's just my opinion.
jaygcin on Monday, January 25, 2010
Bappi Lahiri was indeed a genius. He did copy tunes from western music, but
then, few music directors can claim that they have not... Bappi Lahiri was
recognized to be a musical genius when he performed with his great father
at the age of four in concerts, playing the tabla... He has given us some
of the most memorable tunes in Hindi film music, including "Bombai se aaya
mera dost", "Maana ho tum", "Pyaar maanga hai tumhise" and probably the
popularmost Hindi film song ever, "Chalte chalte".

chandrashekharjain on Thursday, September 30, 2010
All praises for the song. No comment about the awesome skin show on
display. Perhaps the boldest video of the channel ?

vijivihar on Monday, January 18, 2010
great song oh so lovable ...when i hear these songs i truly belive that
bappi lehri did have some potential and he was a composer after all ...