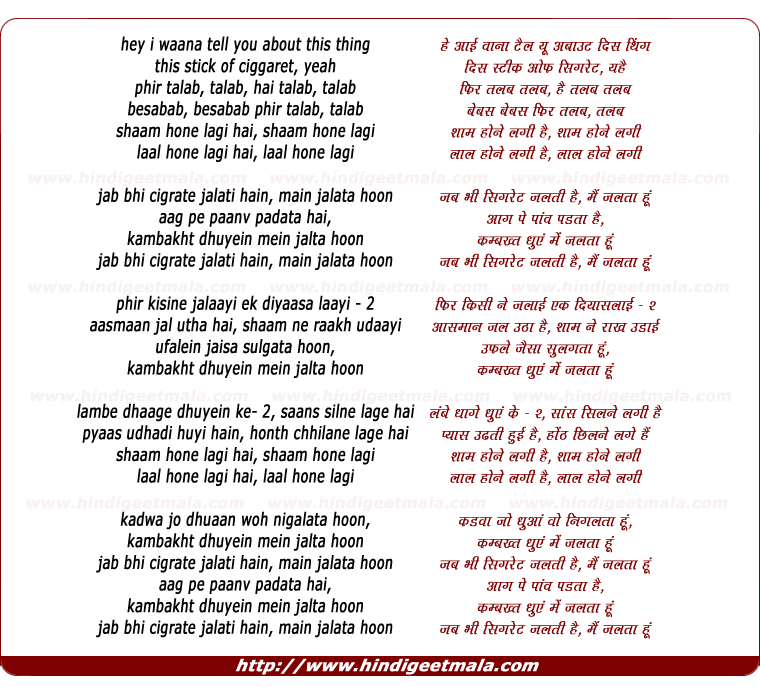 Comments on song "Jab Bhi Cigrate Jalati Hain"
dadagrandpa on Wednesday, December 16, 2009
phir talab talab hey talab bey sabab.. exactly word by word the whole song ttranslating the punishing life of smoker. this song really made me to hate smoke... and i quit after 7 years of smoking.. really alute to adnan sami khan.. Engr.. A.K
mrpurohitjii on Sunday, April 18, 2010
@Dadagrandpa..
Congratulations for the wise decision. Of course hats off to Adnan Sami. But don't forget to credit the maestro who wrote these lyrics - Gulzar Sahab!

kalabaadshah on Friday, February 29, 2008
This was the best abstract movie bollywood has ever made...Hats off!!!
View all 15 comments related to song Jab Bhi Cigrate Jalati Hain
Popular Links on HindiGeetMala