Average Rating : 3.67
Total Vote(s) : 3
Please rate this song between 1 star and 5 stars (5 stars being the best). Just move your mouse on the stars above and click as per your rating. Your rating will really help us to improve our website. 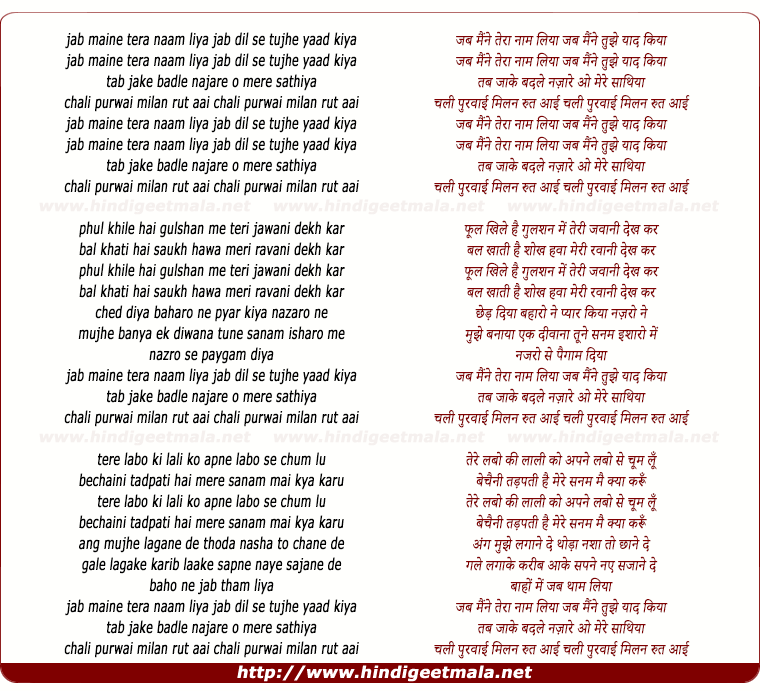 Comments on song "Jab Maine Tera Nam Liya"
Neil M on Friday, December 04, 2015
Mithun Da is Bollywood's first dancing as well as action hero. He is also
Bollywood's first complete hero in terms of dancing, action & acting.
Apart from being a great actor, he is also a great human being! He has done
lot of benevolent works without publicity hype.
He is truly a self-made actor.
His initial struggle itself is hugely inspirational. His struggle portrays
the story of becoming somebody from nobody!﻿

Dexter Human on Wednesday, April 22, 2015
Mithun chakraborty is a super dancer no body dance like him lol he will be
the best for ever;")﻿