Video of this song from youtube
Average Rating : 4.40
Total Vote(s) : 55
Please rate this song between 1 star and 5 stars (5 stars being the best). Just move your mouse on the stars above and click as per your rating. Your rating will really help us to improve our website. 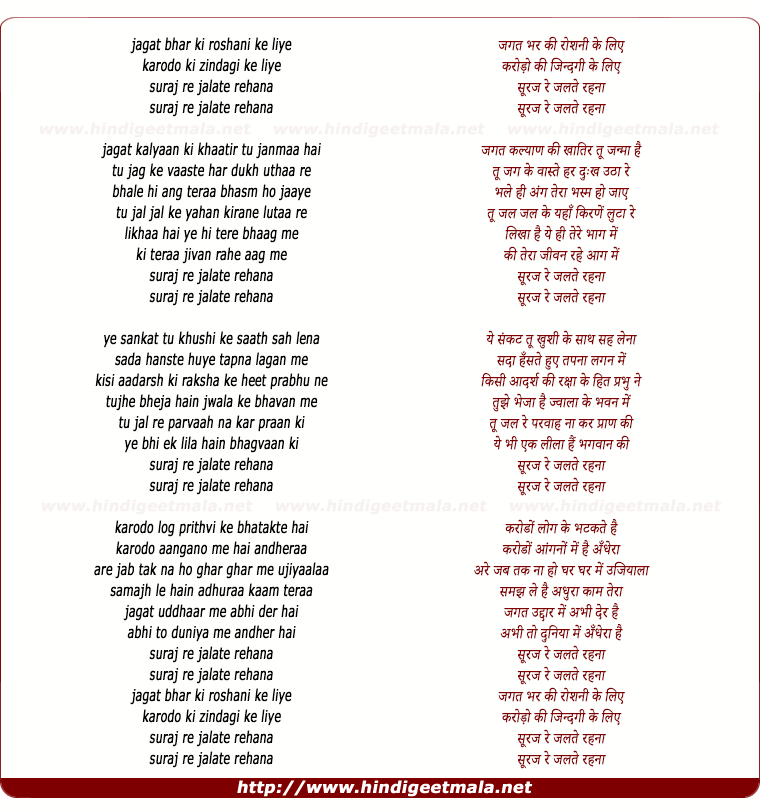 Priya MyMusicalHeaven on Tuesday, January 14, 2014
Inspiring words by poet Pradeep,, sublime music by L-P, and a soulful
rendition by Hemant Kumar-- the song is one of my favs. Thanks for sharing
it with me, COS.﻿

AJ MISTRY on Monday, July 06, 2009
Sorry to let you know that..it was different movie that was mute.this movie
was released in 1963 far later after mute movies era.

rumahale on Friday, August 24, 2012
I heard it last year on YouTube, rendered as motivational one by my Indian
Doctor friend Manisha Tomer (manitomer). Regards.