Average Rating : 4.30
Total Vote(s) : 106
Please rate this song between 1 star and 5 stars (5 stars being the best). Just move your mouse on the stars above and click as per your rating. Your rating will really help us to improve our website. 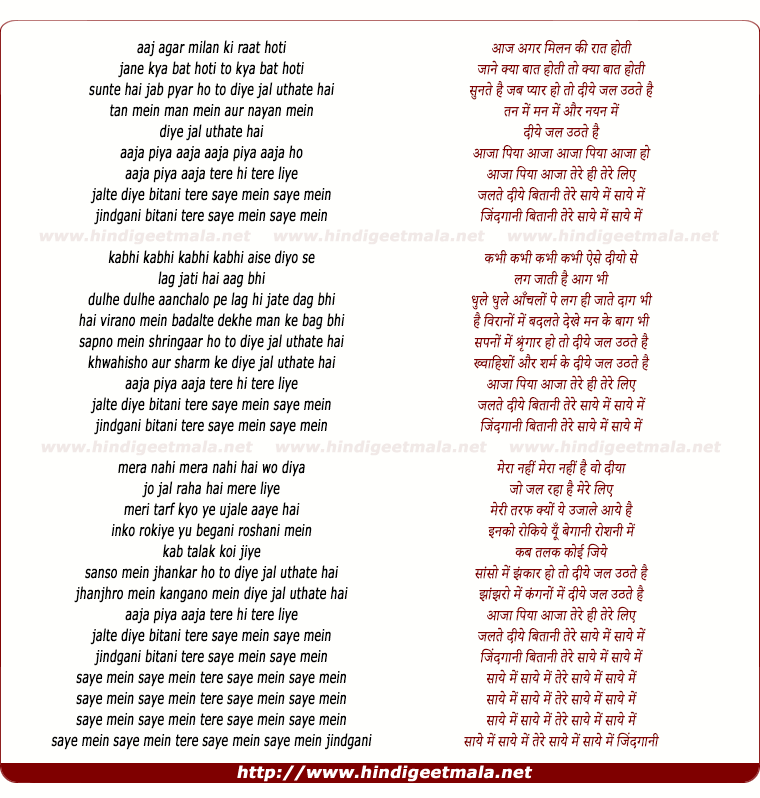 Rehmaan Khan Fatahu on Wednesday, October 28, 2015
Wow! Such a beautiful song and awesome lyrics so melodious very soulful and
heart touching. #SalmanKhan you are Awesome and Perfect in a black kurta it
suits much better for you but right now you are very emotional in Jalte
Diye after i have seen you in a happy mood in Prem Leela and Prem Ratan
Dhan Payo title track. But you are in a very different mood, anyway you are
the best Prem Bhaijaan you are my favorite ♥. All the best to you and the
entire team of #PremRatanDhanPayo. Eagerly waiting to see it this #Diwali.﻿

emmycasa on Monday, November 02, 2015
I think this movie will do really well. Many people miss the old bollywood
where movies actually had a story line meant to motivate people towards
family and relations not to mention showed real indian culture and
traditions without vulgarity. All other movies directed by this directors
are ever green. No matter how many times you watch them they never get old
nor do the feelings associated with the movie go away. I really hope they
release the movie in canada.﻿

MrsVtje on Monday, November 02, 2015
I dont know why everyone has a problem with sonam kapoor. She is one
gorgeous lady. Why compare her to aishwarya or asin or whoever you guys are
comparing her to. She has her own style and her own beauty. That is what
counts. As for the pairing i really like them together. Even though there
is an age gap. I think that you guys just think to much and dont watch it
with your heart. In Saawariya they were also a couple. I really like them
both then and now...﻿

Jancy Stephen on Thursday, October 29, 2015
like after the disgusting songs this film songs are best like what has
happened to india bollywood like have u heard the songs like dil kare chu
cha and cinema dekhe mamma i dont know what kind of crowds like them but
can’t wain to see the movie first day first show bb was a hit in canada i
have to go and buy the tickets in advance so dot know whats gonna happen
this time﻿