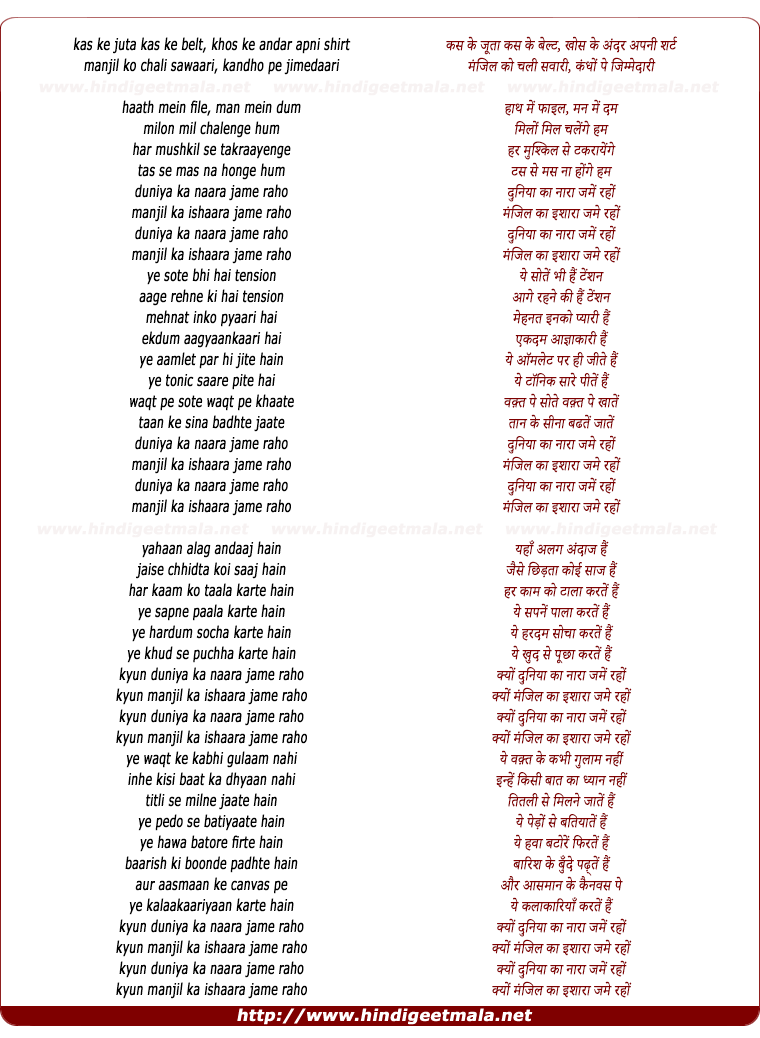 Comments on song "Duniya Ka Naara Jame Raho"
totogirl0 on Saturday, February 14, 2009
ishaan reminds me soooo much of my little brother!!! when he was little he
never woke up from his bed, and it relates to him soo much from 2:23 to
2:47 ! the mother is just like my mom! and i think i am like ishaan's older
brother...always worried about school!!!

samann95014 on Thursday, July 10, 2008
love this song very much!! reminds me of my adhd/dyslexic approach
(throughout my life) in a world (school as well as corporation) that only
values systems, compliance & order. creativity, freedom, innovation are all
at the bottom of the list :-(

Shutter Authority on Sunday, April 27, 2008
okie dude.. we cant be fighting here like this anymore. I'm sorry for sayin
whateva i said. now lets stop it. I stops it. I get that its an opinion,
fine, its all yours have it, enjoy it. no probs.

AksheeShadow on Monday, October 05, 2009
Well its actually opposite. Majority kids in india are very responsible and
the few some who are not have very tough time competing. Either they resort
to veing completely quite or become gundas :)

IrisSapphire on Tuesday, July 19, 2011
I used to play with my soap in the shower too...haha..this movie was
awesome! :) The world from the eyes of a child...a kid's imagination is
the greatest power to creativity. =]