Video of this song from youtube
Average Rating : 4.00
Total Vote(s) : 3
Please rate this song between 1 star and 5 stars (5 stars being the best). Just move your mouse on the stars above and click as per your rating. Your rating will really help us to improve our website. 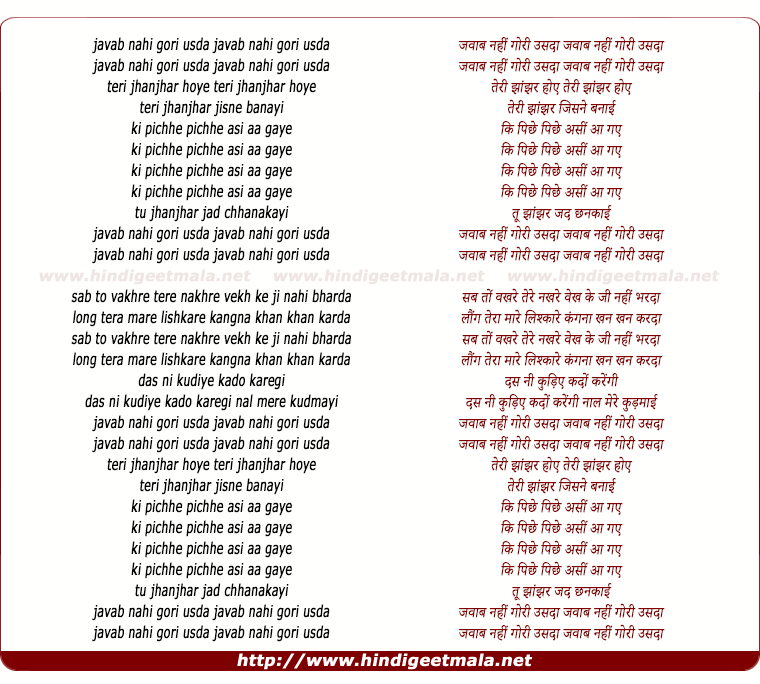 Comments on song "Javaab Nahin Goti Usadaa Teri Jhaanjhar"
Rajasree S on Monday, August 30, 2010
@1982bijunair thers nother song is about a widow in a bouque shop john
comes to her.it is a sad song.. anyone knw abt dat? Additional Details the
album song features a widow selling flowers in a shop(bouque shop) and she
slaps john when he proposes.

shravanidatta on Saturday, July 11, 2009
John's smile was as amazing then as it is now, and his dancing as bad, ha ha! He's so adorable. I hate Bips.
Kashish4Eijaz on Saturday, March 03, 2012
@hayagrs Gauri Pradhan now Gauri Tejwani...shes a TV actress bt hasnt been
in any tv show since she had twins

HDDRTY1 on Monday, October 15, 2012
She is so pretty. I have no doubt that Indian girls are more beautiful than
any other in this world.