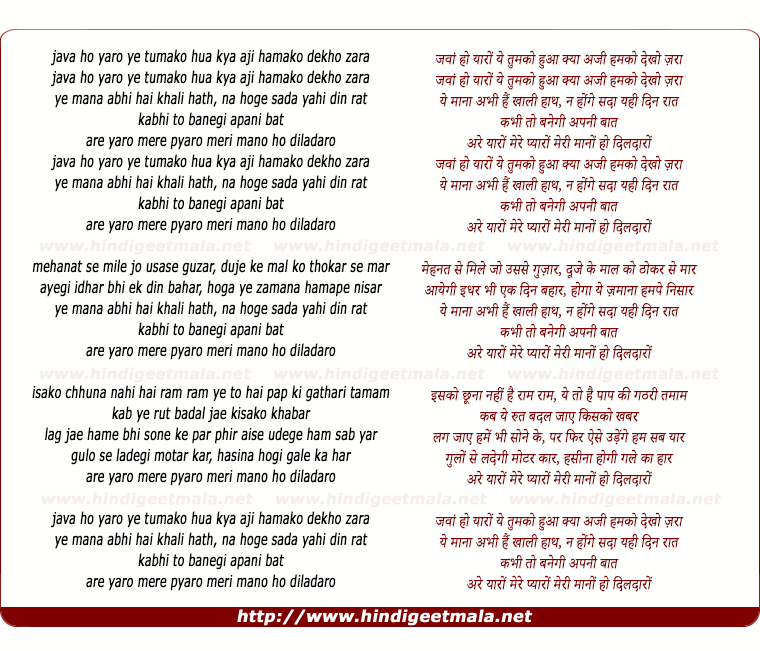 Comments on song "Javaan Ho Yaaro Ye Tumko"
nadamejazenterprise nadam on Thursday, July 31, 2014
director of this movie did smart thing..girija was main leading heroine
when they shot this song..u can see..ayeshka frame is shot from somewhere
else later...but they made it to look same time...but its not..girija later
went out from this movie..but they already shot this song so they modified
it..﻿

sanjay yadav on Sunday, April 01, 2012
this song reminds my school days..We use to go for the inter-school fest.I
was from a local school ( i am still proud of it)..We used to be up against
the La Marts, xaverians etc..and we use to give them a tough run for their
money...always...but their girls...were simply WOW!!!!!:)

Sameer k on Wednesday, January 25, 2012
This song did not win the competition in the movie. It gives me bad
feelings since 1995. Best song ever.