Average Rating : 4.33
Total Vote(s) : 9
Please rate this song between 1 star and 5 stars (5 stars being the best). Just move your mouse on the stars above and click as per your rating. Your rating will really help us to improve our website. 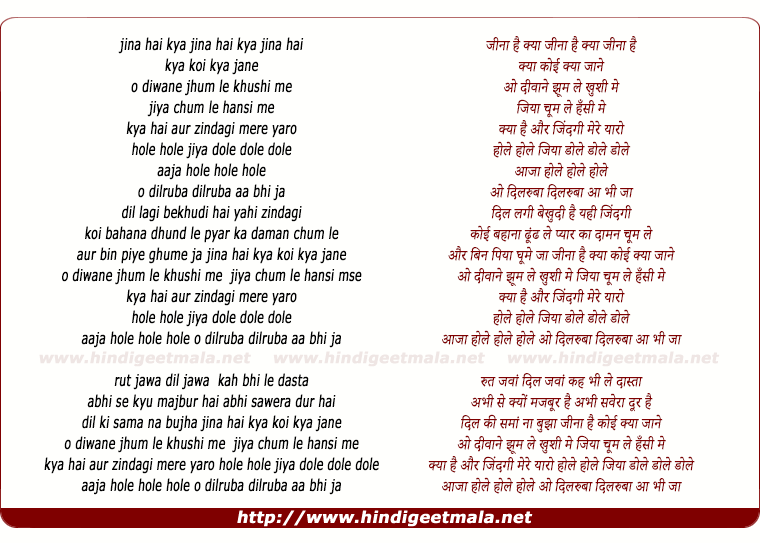 Partha Sur on Friday, October 01, 2010
There was only one other actress in the fifties with Geeta Bali's
vivacious, bubbly personality - Madhubala.

Partha Sur on Friday, October 01, 2010
Asha Bhosle is singing in "Geeta Dutt style" - S.D. Burman was ignoring her
in preference to Geeta ji.

Srinivasan Channiga on Thursday, April 22, 2010
Great Song ! Thanks for uploading