Video of this song from youtube
Average Rating : 3.90
Total Vote(s) : 29
Please rate this song between 1 star and 5 stars (5 stars being the best). Just move your mouse on the stars above and click as per your rating. Your rating will really help us to improve our website. 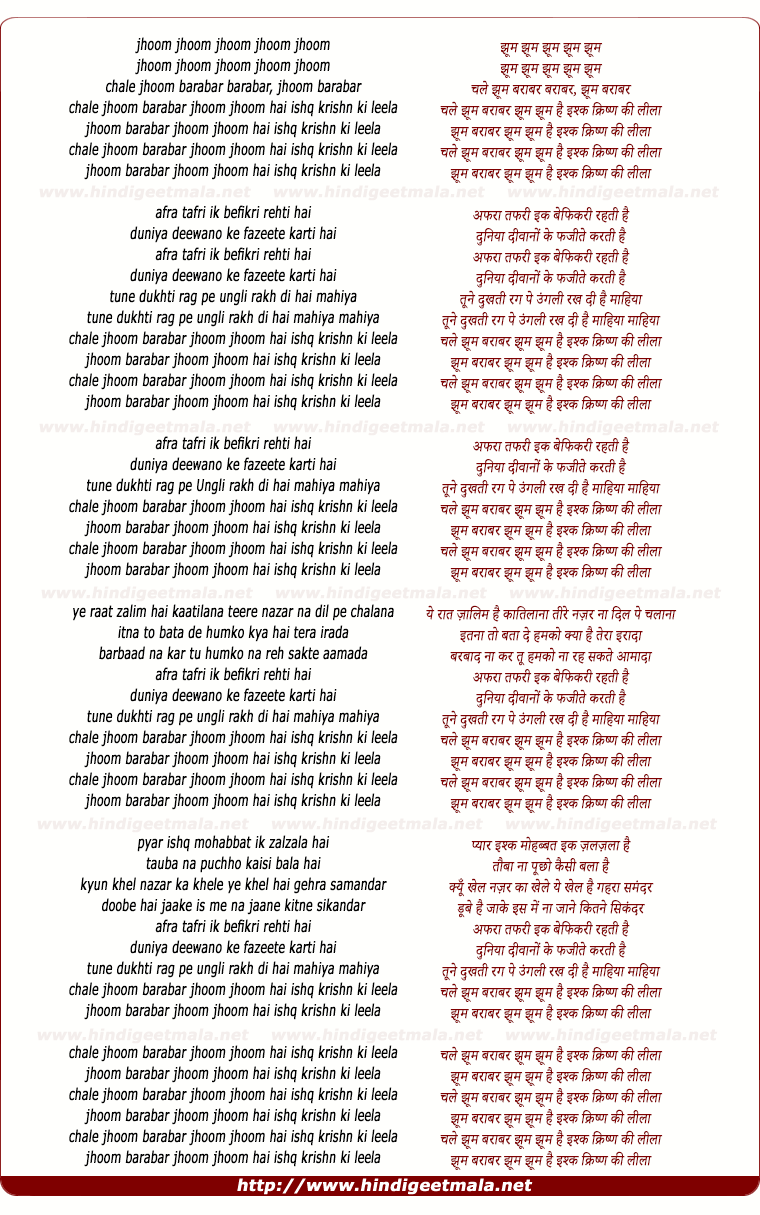 Comments on song "Jhoom Baraabar Jhoom"
DeepanTheo on Tuesday, July 30, 2013
The way this song been picturised is good. At one side, the film's
protaganist is dancing & at the other side, the film's antagonist is
dancing by giving equal competition.

tammy khan on Saturday, June 22, 2013
I like vineet but all his songs flop. I don't know why because he has a
wonderful voice