Video of this song from youtube
Average Rating : 3.88
Total Vote(s) : 8
Please rate this song between 1 star and 5 stars (5 stars being the best). Just move your mouse on the stars above and click as per your rating. Your rating will really help us to improve our website. 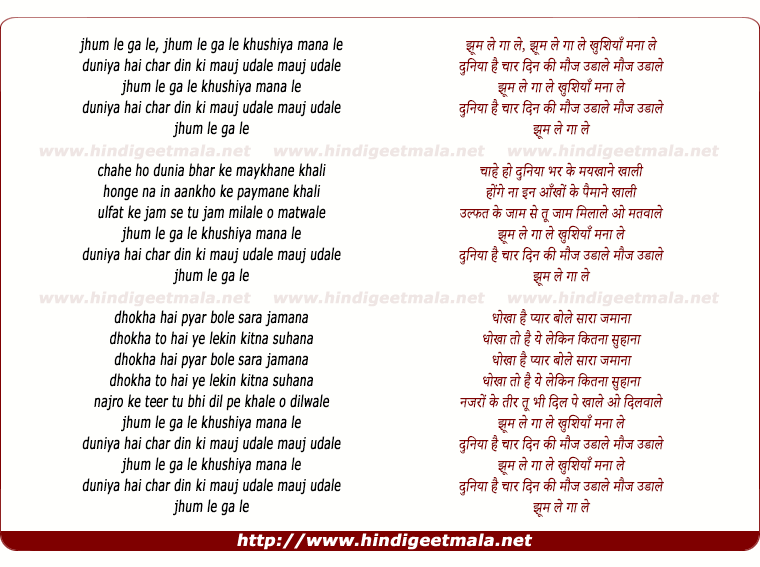 Riaz Ali on Saturday, August 27, 2011
A matchless upload to the extent of a song. These are songs which converted
the fate of the flopped films and left great impression on the minds of
viewers. Thanks.

rumahale on Thursday, July 03, 2014
Well said by the learned viewer Riaz Ali. Thank you for this rare gem.﻿
Sankalp Manocha on Saturday, April 26, 2014
old is gold.﻿
rmeshc on Sunday, December 09, 2012
what a song!!!
Popular Links on HindiGeetMala