Video of this song from youtube
Average Rating : 4.77
Total Vote(s) : 13
Please rate this song between 1 star and 5 stars (5 stars being the best). Just move your mouse on the stars above and click as per your rating. Your rating will really help us to improve our website. 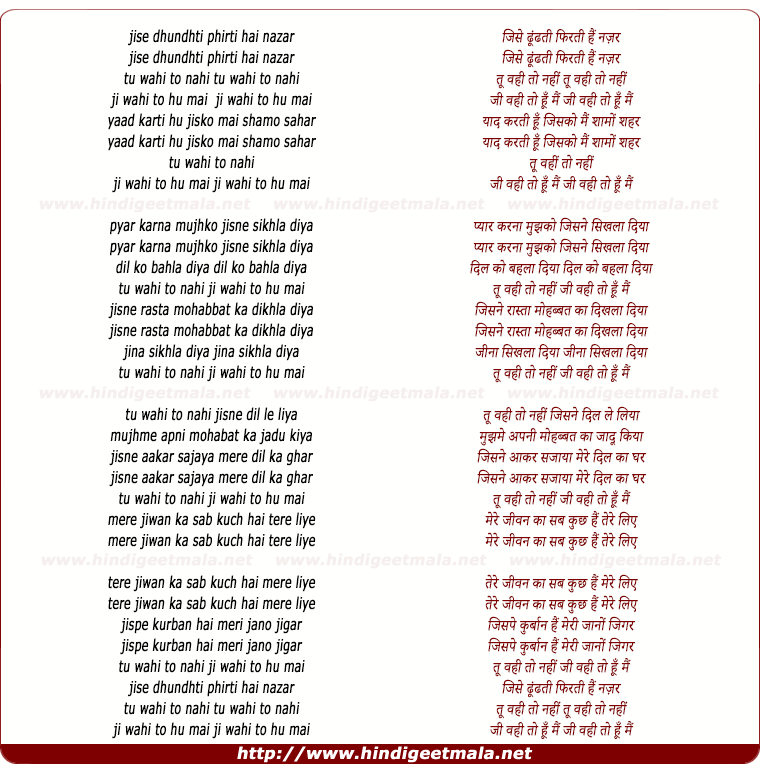 Bhupinder Pujji on Wednesday, April 27, 2011
Ddsharmesh hats off to u for yr precious treasure of Pran for the first
time singing in sheesh mahal for the first time i listened to thanks for
sharing this gem bhupinder pujji

dramjadparvez on Tuesday, April 26, 2011
Rafi Saheb and Geeta Dutt gave excellent duets like this one and in the
movie Mr. & Mrs. fifty five. This song has been pictured in beautiful
background.

amrutvani2 on Thursday, April 28, 2011
@Julmibaba01 Yes its true . I never heard awaz song so carefully till ur
comments. But md of awaz was salil choudhary Harish

Vinayak Vaidya on Saturday, June 04, 2011
It is NOT Geeta Dutt certainly.do not know the voice of Pushpa Hans but
it is not as strong as Geeta.