Video of this song from youtube
Average Rating : 4.54
Total Vote(s) : 24
Please rate this song between 1 star and 5 stars (5 stars being the best). Just move your mouse on the stars above and click as per your rating. Your rating will really help us to improve our website. 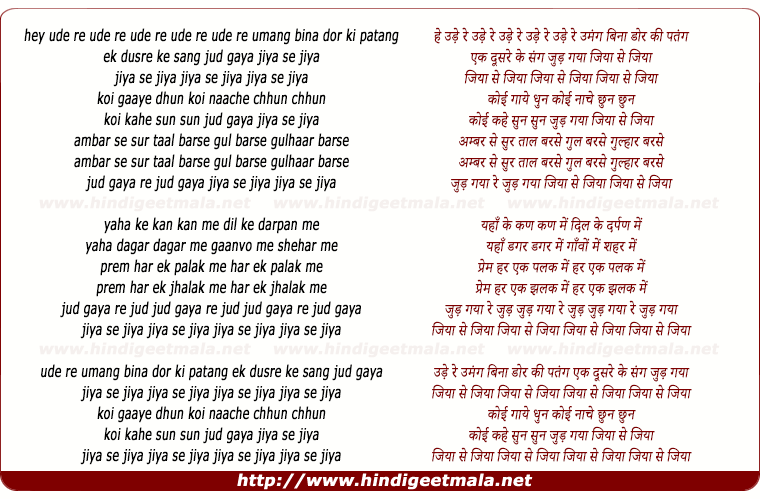 Comments on song "Jiya Se Jiya"
bee2325 on Wednesday, April 15, 2009
I love this video..i think the wolrd can learn a lot from this video..the sad times we are in at the moment,,all this fighitng and killing, hating.

Wish people really would give out free hugs.

Gyaneshwar Tangirala on Sunday, December 05, 2010
I have all the songs of ARR right from day one. Any one can ask me for any
song. I will give the song.

indirockfella92 on Friday, January 21, 2011
rehman rocks again!gotta say sivamani sir has played some mindblowing
percussions.hats off 2 both of em.jai hind