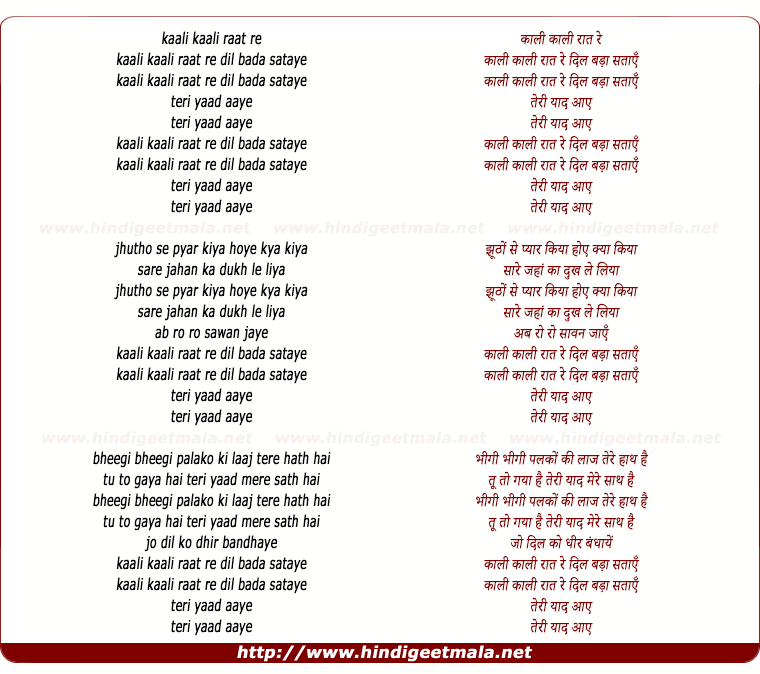 Comments on song "Kaalee Kaalee Raat Re Dil Bada Sataaye"
rumahale on Friday, April 16, 2010
Rare, beautiful and sweet song by Lata Mangeshkar on Madhubala to the
unique and distinct tune by Sajjad. Clear copy of video looks it more
attractive. It is priceless possession indeed. Thanks for making it
available. Congratulation on its revival.

crazyoldsongs on Monday, January 04, 2010
never heard before ! such a rare song , with exquisitely beautiful young
madhubala and equally beautiful rendition by our beloved lataji !