Average Rating : 3.93
Total Vote(s) : 905
Please rate this song between 1 star and 5 stars (5 stars being the best). Just move your mouse on the stars above and click as per your rating. Your rating will really help us to improve our website. 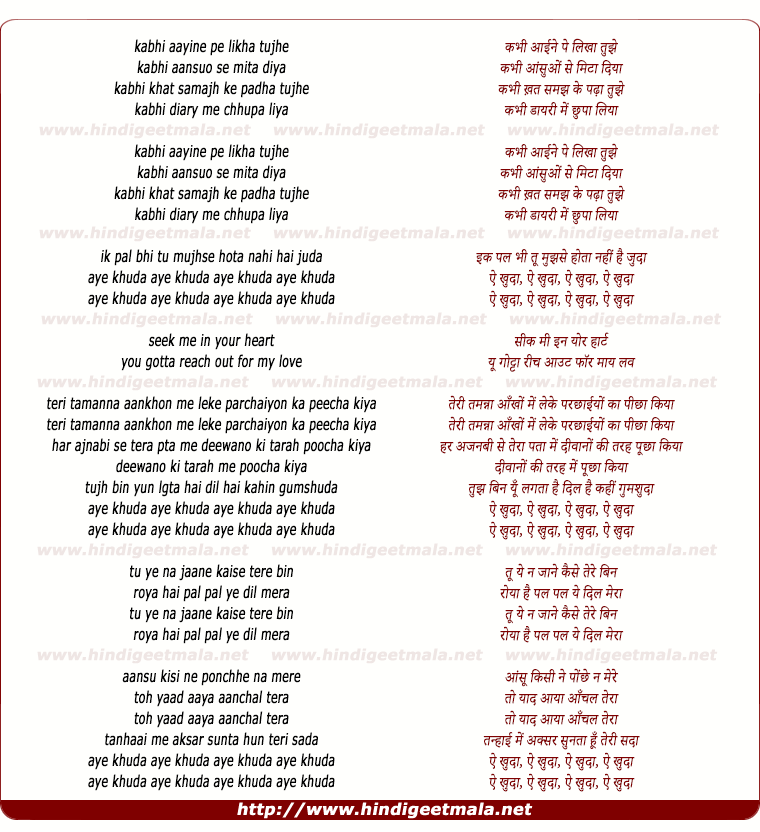 Swarup Mondal on Tuesday, June 17, 2014
Jay Bhanushali ab bada ho gaya! :D
Surveen Chawla, you beauty, has been a fan of yours since you did that
cadbury celebrations ad! you played the sister's role there. Didn't know
that you could have this sensuousness too. Holy some!! you're Hot! :D﻿

Ajit Ankit on Sunday, June 15, 2014
voice of talented kk is wrongly used in this song. its a complete waste.
kk stands among the top crooners of bollywood music industry..he is veteran
songster..﻿